Shares of IPG Photonics (NASDAQ:IPGP), a leading provider of fiber lasers, were down 27% as of 10:10 a.m. EDT on Tuesday. The huge fall is attributable to the release of second-quarter results that missed the mark and featured disappointing guidance.

Here's a look at the headline numbers from the company's second-quarter results: 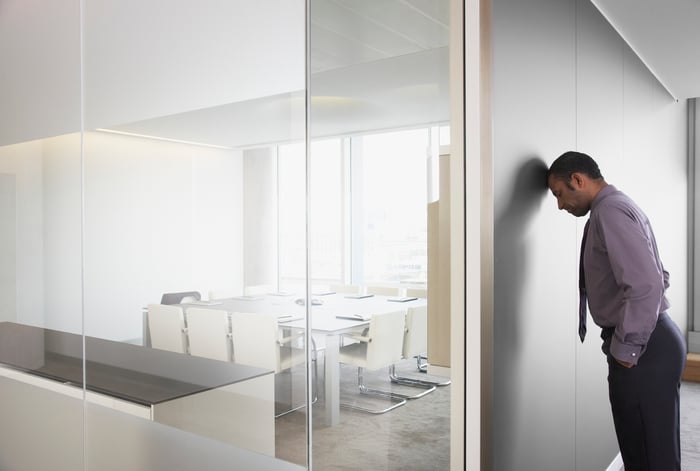 Management didn't do itself any favors with guidance, either. The company stated that revenue in the upcoming quarter will land between $360 million and $390 million. That's a far cry from the $425 million in revenue that analysts had modeled. The midpoint is also well below the $393 million that was recorded in the year-ago period.

Earnings are also expected to be weak. The company projected that EPS in the third quarter will land between $1.80 and $2.05. The midpoint of this range represents a year-over-year decline of about 9% and is well behind the $2.27 that Wall Street was expecting.

Dr. Valentin Gapontsev, IPG Photonics' CEO and founder, explained why the company's guidance is so soft: "While orders grew slightly on a year-over-year basis, order flow was below our target as demand softened in Europe and China at the end of the quarter. This more-modest year-over-year growth in orders has persisted through July, and we believe is primarily driven by macroeconomic and geopolitical factors rather than competitive dynamics."

Dr. Gapontsev also stated that currency movements are going to be a big headwind for the business in the near term.

Given the disappointing quarterly results and lackluster guidance, it isn't hard to figure out why shareholders are having a bad day.

IPG's business and stock price have been on fire over the last few years as companies everywhere have warmed up to the benefits of integrating fiber lasers into their manufacturing process. While slowdowns are never fun to experience, it is important to remember that they are a natural part of the business cycle.

Huge drops like this can be unnerving as a shareholder, so it is important for investors to remain focused on IPG's long-term potential and competitive position. Both of those factors look to be firmly in place, so this shareholder thinks that the smart move is to remain calm.