Input costs are rising, and Summit is struggling to raise prices fast enough to match them.

Shares of Summit Materials (SUM 4.40%) are plummeting like, well, a rock today, down 16.3% as of 12:30 p.m. EDT after the producer of concrete, cement, and asphalt reported fiscal Q2 2018 earnings that fell short of analyst estimates -- despite apparently beating on revenue.

Summit says it earned $0.32 per share on $609 million in sales last quarter, versus Wall Street predictions for earnings of $0.56 per share on sales of $557.7 million. 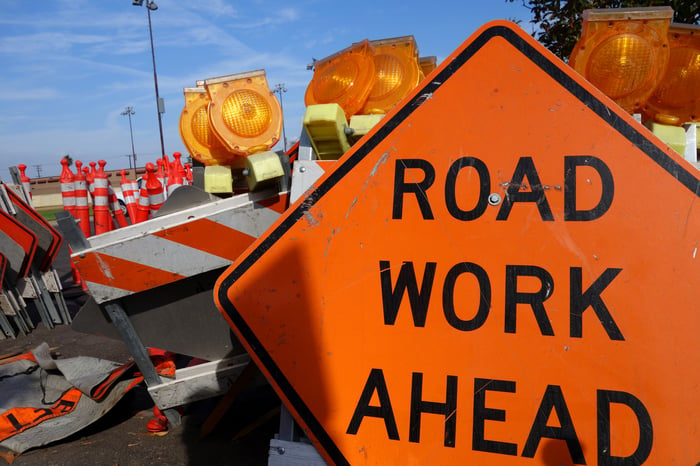 Summit has some hard work ahead of it getting earnings growth to match sales growth. Image source: Getty Images.

Summit blamed "lower contributions from our cement segment and Houston operations, together with inflation in our variable costs" for the decline in profits.

"Looking to the second half of the year," said Summit in its earnings press release, "we expect a strengthening in both our cement segment and Houston operations, given accelerating demand in our residential, low-rise commercial and public end-markets."

Management further advised that its "average selling prices on both materials and products have gained traction entering the third quarter," which it believes will "offset" these higher costs for "raw materials, freight, labor and fuel ... in the second half of the year."

Even so, Summit cut its guidance for full-year EBITDA by about 7% "to a range of $460 million to $480 million" to account for the higher costs and its failure to raise prices soon enough to offset them in Q2.