As expected, Brookfield Infrastructure Partners' (NYSE:BIP) growth engine stalled out in the second quarter because the company recently sold its electricity transmission business in Chile. However, that's just a temporary speed bump since the company has several transactions in the pipeline that will more than replace this lost income in the future. 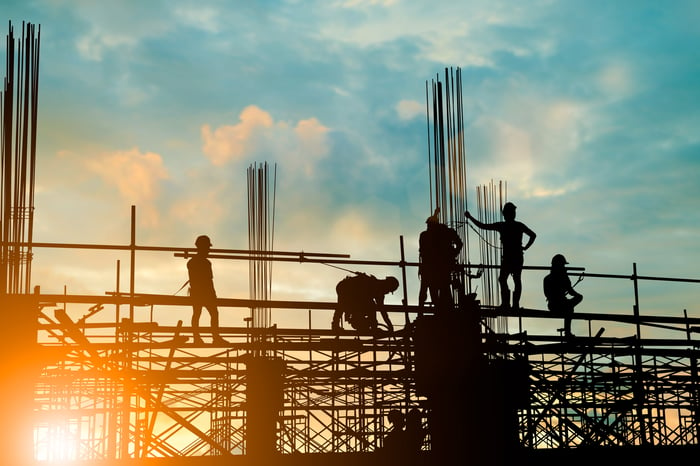 An asset sale slowed things down:

While FFO went in reverse during the second quarter, it should reaccelerate in the coming quarters because the company has now secured several transactions that will more than replace this lost income. CEO Sam Pollock commented on the company's strategic maneuvers, stating that:

We are pleased to be deploying $1.3 billion into three North American investments in the data infrastructure and energy sectors. Our competitive advantage in executing corporate carve out transactions enabled us to acquire two highly coveted franchises. Furthermore, our expertise and scale allowed us to successfully acquire a high-quality residential energy infrastructure company. With these investments, we are encouraged by the near- and long-term growth potential for our business.

In addition to that, Brookfield has agreed to buy Enbridge's (NYSE:ENB) Western Canadian natural gas gathering and processing business. The company will invest about $540 million in the acquisition, giving it a stake in the largest operation of its kind in Canada, which has it strategically positioned for expansion. Meanwhile, Enbridge will use the cash to pay down debt and fund its large slate of expansion projects.

Finally, Brookfield and its partners have agreed to acquire Enercare (TSX: ECI), which is a leading provider of residential energy infrastructure. Brookfield will invest roughly $630 million into this transaction, for a stake in a business that generates "annuity-like" cash flows by renting water heaters and HVAC units to 1.6 million customers in the U.S. and Canada.

In addition to these three acquisitions, Brookfield stated that it has another $400 million of investment opportunities in the final stages of due diligence as well as other attractive, but less advanced transactions further down the pipeline. Brookfield noted that if it can close the three deals mentioned as well as the $400 million of late-stage transactions that they'll combine to generate about $170 million in annual FFO in the first year. That will more than replace the roughly $130 million FFO impact from the Chilean asset sale and the debt issuance on its Brazilian gas pipeline business. Further, not only will these investments generate a higher return in the near-term, but they should produce "substantially higher 'same-store' growth over time," according to the company.