Please ensure Javascript is enabled for purposes of website accessibility
Log In Help Join The Motley Fool
Free Article Join Over 1 Million Premium Members And Get More In-Depth Stock Guidance and Research
By Brian Feroldi - Aug 2, 2018 at 11:34AM

Shares tumble after second-quarter results miss the mark. Here's what you need to know.

Shares of Mazor Robotics (MZOR), a medical device company focused on robotic surgery on the spine and brain, dropped 15% as of 10:35 a.m. EDT on Thursday. The plunge is attributable to the release of second-quarter results that whiffed on both ends of the income statement.

Here's a review of the headline numbers from the company's second quarter: 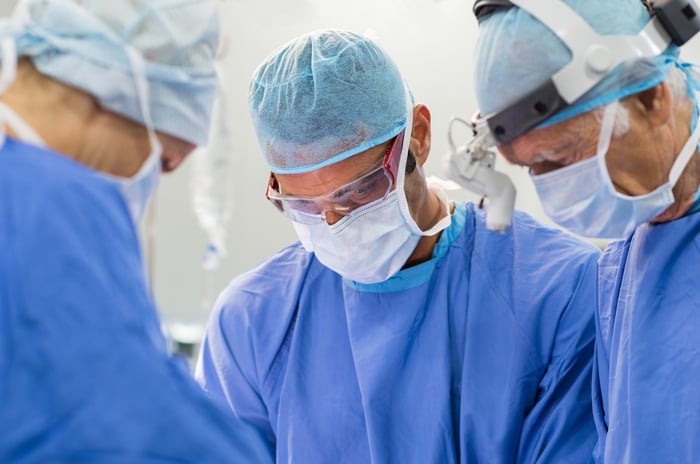 Given the disappointing quarterly numbers, it is easy to understand why this high-flying stock is falling today.

This year is one of significant transition for Mazor, so bulls shouldn't place too much emphasis on the results in any given quarter. Mazor pointed out that system sales increased 25% during the quarter, which suggests that overall demand for its products remains strong. Through the first six months of the year, Mazor's total sales are also up on a year-over-year basis, and its net loss has almost been cut in half. That's a positive trend.

Investors also have a catalyst to look forward to in the fall. CEO Ori Hadomi revealed that the Mazor X Stealth Edition will be unveiled at a healthcare conference in September. This is the first product that will combine technology from both Mazor and Medtronic, and there are high expectations for it.

In total, while Mazor's quarterly numbers are certainly disappointing, bulls continue to have plenty of reasons to remain optimistic.