Please ensure Javascript is enabled for purposes of website accessibility
Log In Help Join The Motley Fool
Free Article Join Over 1 Million Premium Members And Get More In-Depth Stock Guidance and Research
By Brian Feroldi - May 15, 2018 at 4:57PM

Business is booming for the robotic surgery upstart.

Mazor Robotics (MZOR) reported its first-quarter results on Monday, May 14. Last quarter, the robotic surgery company's management warned investors that 2018 was going to be a "transition" year because of its decision to strike a significant commercial deal with medical device giant Medtronic (NYSE: MDT). Management said that the deal was a huge win for the company, but it was going to result in "modest revenue growth" in 2018.

How did the company's actual growth shake out during the period? Let's dig into the details to find out. 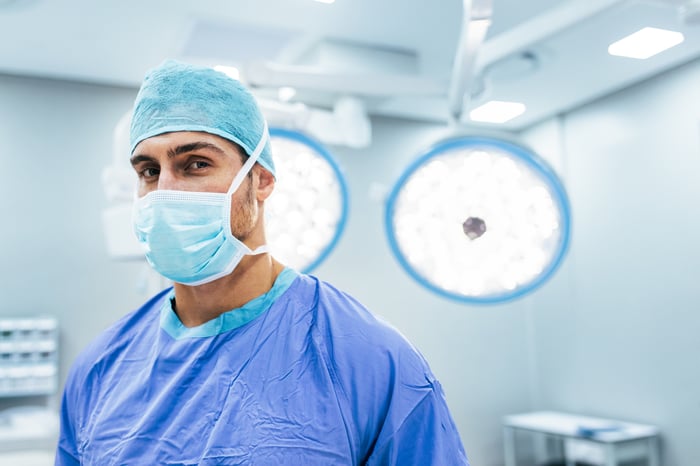 "Our performance, coupled with the growing number of peer-reviewed papers, presentations, and the interim data from our prospective studies, is transforming spine surgery in markets around the world," Hadomi said.

Hadomi also briefly commented on the progress that is being made with the company's joint research and development program with Medtronic.

"We are also advancing and expanding our technology development efforts with Medtronic, and I am pleased to share that commercialization of the Mazor X platform, which integrates Medtronic's Stealth navigation and offers a unique robot-guided implant solution that eliminates the need for guidewires, is expected at the end of 2018," Hadomi said.

Mazor's management team has never shared guidance with investors, but CFO Sharon Levita did reaffirm that the company will save about $13 million in 2018 as a result of its distribution agreement with Medtronic. Levita also restated that revenue growth is expected to accelerate after 2018, though investors were not provided with specific numbers.

Management also noted that the company is "making progress" with its decisions to focus on selling its Renaissance system to Ambulatory Surgery Centers (ASCs). The company noted that there are 5,000 ASCs in the U.S., so the opportunity ahead of Renaissance remains significant.

Finally, Hadomi also restated that 2018 is expected to be a transition year for Mazor as the company's commercial deal with Medtronic continues to play out. However, he remained steadfast in his belief that the company is setting itself up well for continued success.