Please ensure Javascript is enabled for purposes of website accessibility
Log In Help Join The Motley Fool
Free Article Join Over 1 Million Premium Members And Get More In-Depth Stock Guidance and Research
By Brian Feroldi - Updated Sep 21, 2018 at 10:58AM

Shares jump after the company accepts a buyout offer. Here's what investors need to know.

Shares of Mazor Robotics (MZOR), a robotic surgery company focused on procedures of the spine and brain, jumped 10% as of 10:41 a.m. EDT on Friday. The double-digit move is a response to the news that Medtronic (MDT 0.63%) is acquiring the company.

Here are the details of the proposed transaction: 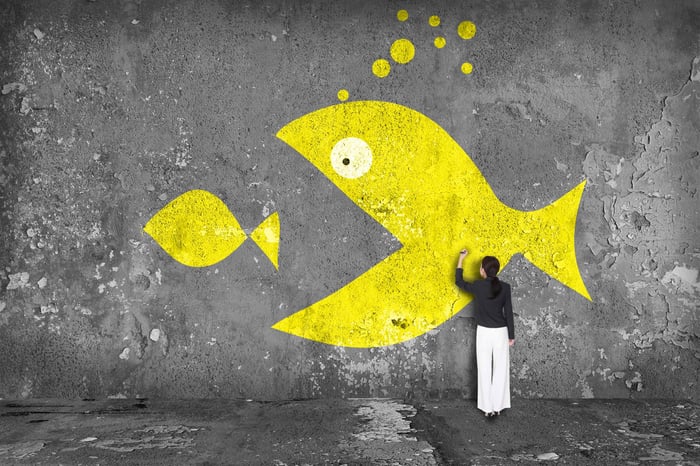 Geoff Martha, an executive at Medtronic, praised the deal:

The acquisition of Mazor adds robotic-assisted guidance systems to our expanding portfolio of enabling technologies, and we intend to further cultivate Mazor's legacy of innovation in surgical robotics with the site and team in Israel as a base for future growth.

The Mazor team and product portfolio's full integration into Medtronic will maximize our impact globally through Medtronic's channels, advance our systems' leadership position in the marketplace, and drive the realization of our vision to heal through innovation.

Medtronic controls a substantial amount of Mazor's stock and certainly has the financial firepower to complete this deal. Since both companies boards have already given this transaction the unanimous thumbs-up, it looks like a done deal.

Personally, this shareholder thinks that the acquisition makes a lot of sense, but I'm disappointed that I will no longer be able to participate in Mazor's upside over the long term. Given that this looks like a fait accompli, my plan is to sell my shares as soon as the Fool's trading guidelines allow and roll the proceeds into another highly promising healthcare business.