System placements grew 25%, but lower pricing terms from its commercial deal with Medtronic cause the top line to head in reverse.

Mazor Robotics (MZOR) reported its second-quarter results on Thursday. System sales volume grew but those gains were more than offset by lower selling prices related to its commercial deal with Medtronic (MDT -0.06%). The net result was that Mazor's revenue declined by 15% when compared to the year-ago period.

On the bright side, operating expenses also fell substantially thanks to the off-loading of its sales force. The reshuffling enabled the company's net loss to shrink year over year, even with the lower revenue. 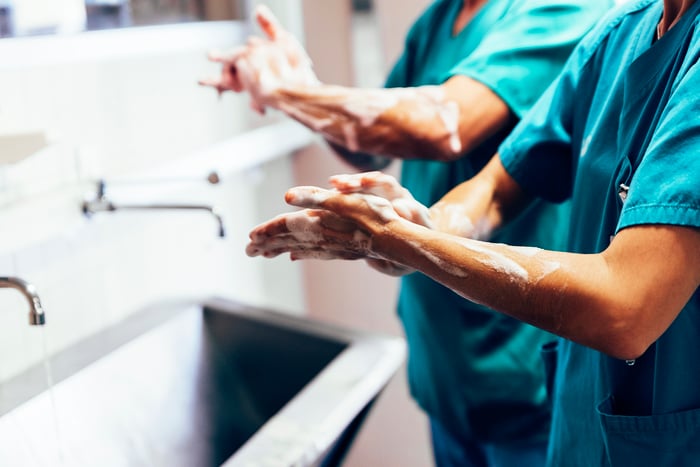 CEO Ori Hadomi reminded investors that 2018 is a transition year for the company given the shift away from a direct sales model: "The expected larger unit volumes, offset by the transfer pricing, is designed to accelerate the adoption of our systems by extending our market reach and expanding our geographical presence."

Hadomi also provided examples of how this arrangement is working in the company's favor:

During the quarter, internationally recognized hospitals and academic centers in the U.S. purchased the Mazor X. These are locations that Mazor would not have had access to on its own. Other highly prestigious organizations are in the late stages of purchasing decisions.

Mazor's stock dropped by double digits in the wake of the weak quarterly sales results. Despite the challenging quarter, CFO Sharon Levita restated that the company's objectives for the year and long-term remain intact: "Our objective for 2018 is to achieve our prior outlook for modest revenue growth and we reaffirm our view beyond 2018, the revenue growth is expected to accelerate and be driven primarily by the expanding install base and increasing recurring revenues."

Hadomi also announced that the first system co-developed by Medtronic and Mazor is set to be unveiled at a healthcare conference in the fall. Called the Mazor X Stealth Edition, this new system, Hadomi said, will "allow surgeons to perform 3-D planning, robotic-guided execution, and real-time Op verification of the planned surgical goals." He added that this new system will allow for "unprecedented benefits and surgical predictability." Food and Drug Administration approval is already pending for the system, which is expected to launch before the end of the year.

Hadomi ended his prepared remarks on the conference call with investors by reaffirming that the company is well positioned to deliver against its business objectives:

We are executing on our strategic plan and delivering on the promise of the agreement with Medtronic. We have increased our install base and significantly expanded our market reach and global opportunities. And in a matter of a few weeks, we will unveil the first product for core development effort, the Mazor X sales division.