Please ensure Javascript is enabled for purposes of website accessibility
Free Article Join Over 1 Million Premium Members And Get More In-Depth Stock Guidance and Research
By Brian Feroldi - Nov 12, 2018 at 9:30AM

The company's financial statements took a big step back during the quarter, but all eyes are on the pending Medtronic buyout.

Mazor Robotics ( MZOR ) reported its third-quarter results on Nov. 6. There wasn't a lot of fanfare involved with the earnings release since the company is currently waiting for its takeover by Medtronic ( MDT -0.38% ) to close. The agreement to buy out Mazor for $1.64 billion, or $58.50 per share, is expected to be completed in the next few of months.

Mazor's sales and margins took a big step backward while the company's attention is focused on finalizing the agreement. What's more, the company booked a number of one-time expenses related to the deal. The combination caused its net loss to balloon. 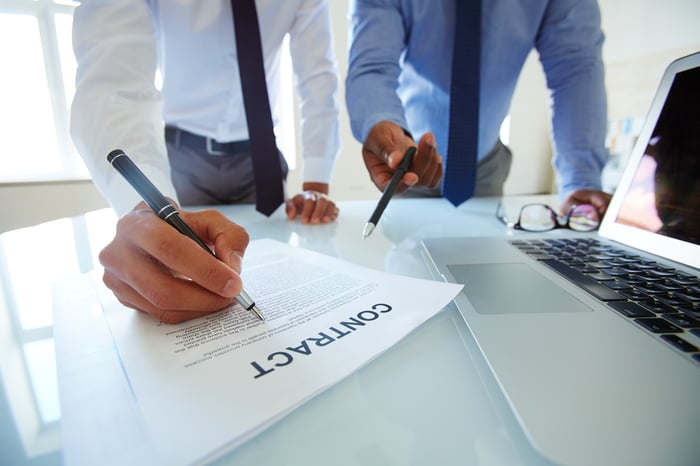 Management didn't hold a conference call with investors or offer up any commentary on the company's quarterly performance. However, the company did state that the Mazor X Stealth Edition system, which utilizes technology that was developed by both Medtronic and Mazor, received FDA clearance on Nov. 2.

Mazor is scheduled to hold a shareholder meeting on Nov. 19, at which time a vote will take place to officially approve the merger. The odds of getting the thumbs-up look very favorable, considering that Medtronic already owns a sizable portion of Mazor's stock and both companies' boards of directors have already unanimously approved the transaction.

If Mazor's shareholders approve the merger, then the deal is expected to close before the end of Medtronic's third fiscal quarter, which ends on Jan. 25, 2019.

2 Dividend Stocks to Buy on the Dip

Why Medtronic Fell by Almost 6% on Monday