Endeavour Silver posted a net loss of $5.7 million ($0.04 per share) during the second quarter, which was an unpleasant surprise since analysts anticipated that it would report a $0.03 per share profit. While silver sales jumped 27% to nearly 1.3 million ounces and gold sales increase 12% to 13,800 ounces, several other factors impacted profitability. 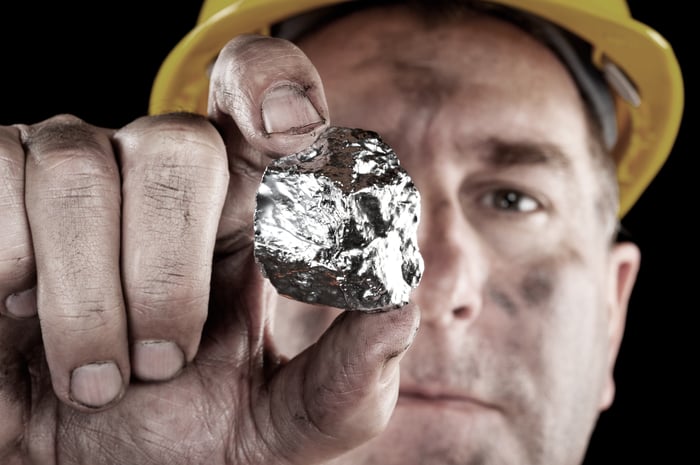 CEO Bradford Cooke pointed out the issues by saying, "Our financial performance in Q2, 2018 was tempered by higher depreciation and depletion charges primarily at Guanacevi, higher foreign exchange losses related to depreciation of the Mexican peso, higher current taxes primarily at Bolanitos and El Cubo, and increased expenditures advancing Terronera and exploring Parral."

However, while those issues negatively impacted the second quarter, Endeavour Silver is optimistic about what's up ahead. Cooke said that while "Bolanitos is running a bit behind plan" it "continues to generate strong cash flow and should improve in Q3." Further, he pointed out that "El Compas is expected to achieve commercial production in Q3 and start generating positive cash flow for the Company in the second half of this year."

Endeavour Silver is working toward its aim of becoming a premier silver producer and is currently on track to boost its silver equivalent output 20% this year. That silver-focused growth makes it an intriguing stock for investors to dig into if they're seeking to add some precious metals exposure to their portfolios. However, given its small size, it's a risky bet, which is why investors might want to consider these top silver investment options instead.