Please ensure Javascript is enabled for purposes of website accessibility
Log In Help Join The Motley Fool
Free Article Join Over 1 Million Premium Members And Get More In-Depth Stock Guidance and Research
By Brian Feroldi - Aug 3, 2018 at 9:31AM

Revenue and earnings continue to grow at double-digit rates.

Cullen/Frost Bankers (CFR 1.74%), a regional bank based in Texas, reported its second-quarter results on Thursday, July 26. A favorable lending environment combined with rising interest rates to drive earnings-per-share growth of 30%.

Let's put Frost's financial results under the microscope to see whether the good times can continue. 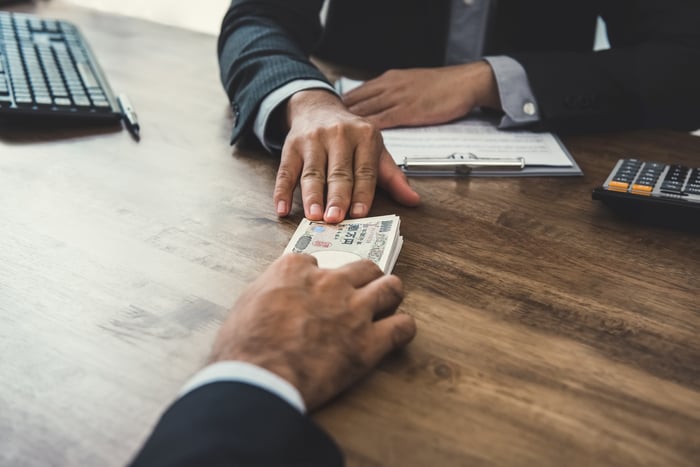 Commenting on the quarter, Cullen/Frost's CEO Phil Green stated: "Our strong second-quarter earnings are the result of Frost bankers executing our strategy over the past several quarters. Our commitment to sustainable, organic growth and providing an attractive value proposition has resonated with our customers and prospects."

Green also noted that job growth in Texas was 3.6% in the first half of 2018, and that the unemployment rate in the state is near a four-decade low. The thriving local economy is providing a great backdrop for the company.

CFO Jerry Salinas doesn't share guidance with Wall Street, but on the conference call with investors, he did say that the full-year earnings estimate of $6.74 is "reasonable" given the likelihood of another rate hike in the fall.

Phil Green ended his prepared remarks on the call by crediting the company's strong growth to Frost's great people culture:

I'm extremely pleased with what our people at Frost were able to achieve this year and in this quarter, particularly. It's not often we report a 30% increase in earnings. They do it by taking care of our customers, modeling for them top-quality service and excellence at a fair price.