Find out how poor earnings hit some of these companies hard.

Friday was a good day on Wall Street, especially for the large companies that make up the broadest major benchmarks. Market participants didn't let a slightly weak July employment report rain on their parade, instead insisting that the long-term course of the U.S. economy still looks overwhelmingly positive. Nevertheless, that general sentiment wasn't enough to prevent some stocks from posting considerable losses. Shake Shack (SHAK 2.29%), Tesaro (NASDAQ: TSRO), and Square (SQ 2.29%) were among the worst performers on the day. Here's why they did so poorly.

Shares of Shake Shack finished down 12% after the burger chain reported its second-quarter financial results. At first glance, the company's performance looked good, with a 27% boost to its top line helping to push adjusted earnings higher by more than half from year-ago levels. However, Shake Shack warned that future performance might not be quite as good, with guidance for the remainder of the year implying a growth slowdown that left some investors nervous about the stock's valuation. For shareholders who've grown used to Shake Shack not only exceeding expectations but also boosting its forward-looking projections, today's news just wasn't enough -- although it's essential to note that the shares are still up by nearly 80% over the past year even after today's drop. 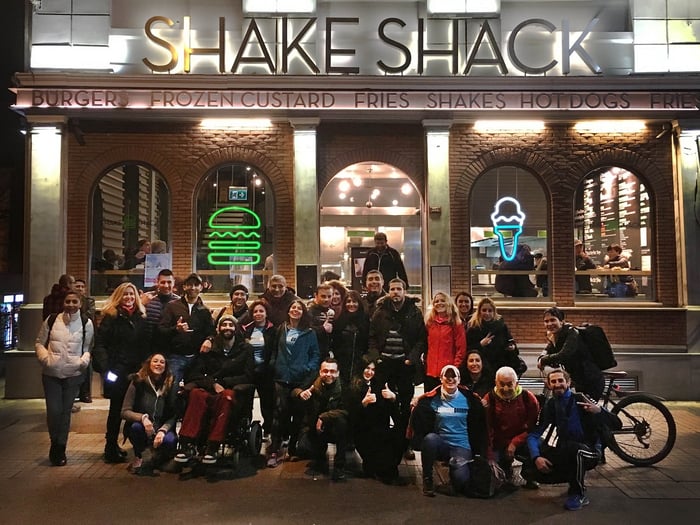 Tesaro stock plunged 24% after the biotech company's second-quarter report left investors disappointed. Even a near-doubling of revenue compared to the year-ago quarter wasn't enough to satisfy growth-hungry investors, who wanted to see better performance from ovarian cancer treatment Zejula. Shareholders didn't like how sales of anti-nausea treatment Varubi have fallen due to concerns about side effects, and now that Tesaro has decided to sell rights to Varubi to a third party, some worry that the biotech's prospects aren't as strong as they'd initially hoped. To recover, Tesaro will need to make good on its efforts to expand use of Zejula to more indications in order to broaden its target audience.

Square gives back its gains

Finally, shares of Square dropped 6%. The electronic payments specialist had jumped almost 9% on Thursday following the release of its second-quarter results, which included a nearly 50% jump in net revenue and 30% gains in transaction-based sales and gross payment volume. However, with the stock having nearly doubled just in 2018 alone, some shareholders appear to have had second thoughts about whether even Square's impressive growth rates are enough to justify current valuations. Square has plenty of promise in the long run, but investors should be prepared for volatility in both directions along the way.