The burger chain would like to grow even faster, but that ambition is limited by slow store development and permitting.

Shares of Shake Shack (SHAK -4.44%) fell as much as 12.6% on Friday, following the release of strong second-quarter results. Yes, you read that right.

In the second quarter, the burger chain's sales rose 27% year over year to $116.3 million. The average analyst would have settled for $111 million. On the bottom line, adjusted earnings surged 51% higher to land at $0.29 per diluted share. Here, the Street consensus had been calling for $0.18 per share.

But the story changes when you look ahead. Shake Shack's reiterated revenue guidance for the full year centered around $448 million, significantly below the current analyst view that calls for roughly $452 million. 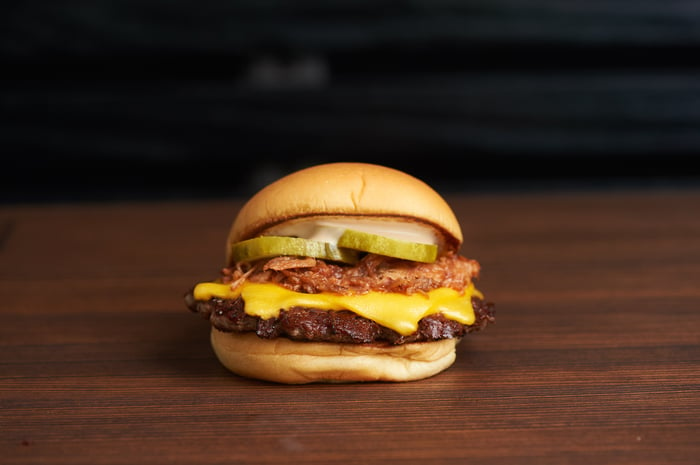 Analysts and investors had been hoping for one of those tasty beat-and-raise performances, but had to settle for an unchanged revenue target. To be clear, executives' comments on the earnings call implied that they had been hoping to come up with a more optimistic sales target themselves, only pausing due to several new store openings being pushed into later periods by slow permitting and development processes.

But it's hard to complain about a 12% price drop when the stock still nearly doubled over the last year, posting a 91% total gain. Shake Shack remains a market darling with nosebleed valuation ratios, even after this quick haircut.