The greatest trait an investor can possess is control of one's emotions, allowing for rational, dispassionate decisions when buying and selling stocks. But humans aren't emotionless robots, there's only one Warren Buffett, and we all occasionally wear our investment choices on our sleeves. Recently, Matt, Jason, and I (Tyler here) confessed to the investments we're less than rational about when it comes to their prospects. Here's why we're (somewhat) irrationally bullish about Kinder Morgan (NYSE:KMI), Ensco (OTC:VAL), and Tellurian Inc. (NYSEMKT:TELL) 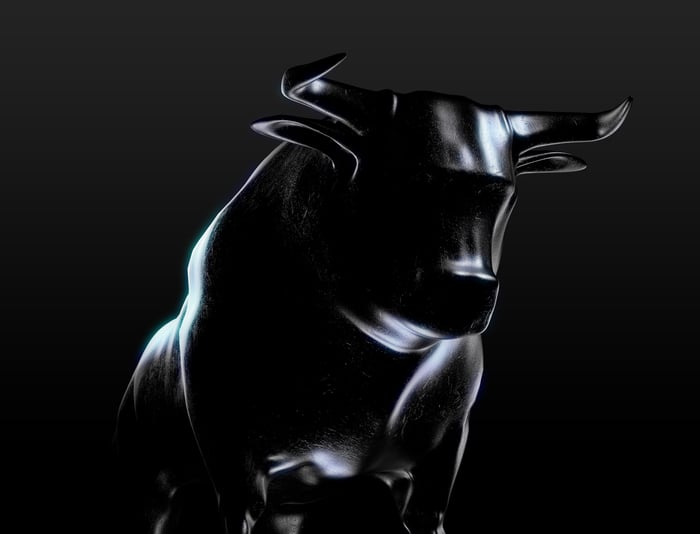 An outsize bet on this pipeline giant

Matt DiLallo (Kinder Morgan): I'm not a risk-taker, so I spread my bets across lots of stocks. The most I currently have invested in a single one is roughly 2.5% of my portfolio's starting value, which is about double my next largest stock investment by cost basis. That outsize portion shows just how bullish I am on natural gas pipeline kingpin Kinder Morgan.

However, even though it's already my largest holding by cost basis, I'm currently contemplating adding to my position once again. That should give you a sense of how irrationally bullish I am on this stock.

Two main factors drive my upbeat outlook on the company. First, it's ridiculously cheap right now. Heading into 2018, Kinder Morgan thought it would generate $2.05 per share in cash flow. However, after two expectation-beating quarters, it's on pace to exceed that outlook. Currently trading at less than $18 a pop, the stock sells for less than 9 times cash flow, which is at the bottom of its peer group and well below the average multiple of more than 11. That bottom-of-the-barrel valuation doesn't make any sense, because the company has significantly improved its balance sheet and growth prospects in the past couple of years.

In addition to the upside as Kinder Morgan's valuation moseys up toward the peer-group average, the company has ample growth coming up. The pipeline giant currently has more than $7 billion of expansion projects under development that should boost earnings by at least 10% over the next three years. It also operates in some of the fastest-growing regions in the country, which should provide more high-return expansion opportunities in the future.

Add those dual upside drivers to the stock's high-yielding and fast-growing dividend, and I have high conviction that Kinder Morgan can generate significant total returns in the coming years, which is why I'm so bullish on the pipeline giant.

Betting big on an offshore bounce-back

Jason Hall (Ensco PLC): Over the past year and a half, I've bought shares of this offshore driller three times, and I had my Atwood Oceanics shares convert to more Ensco when the two merged. In aggregate, my Ensco investment has underperformed the S&P 500 by about 20%. But I'm more likely to buy than sell, even though the offshore drilling sector is still a bit of a mess.

Why hold -- much less buy more -- of this stinker? A few reasons.

First, Ensco shares trade for 38% of tangible book value. That's up from recent lows, but it's still incredibly cheap on a historical basis. 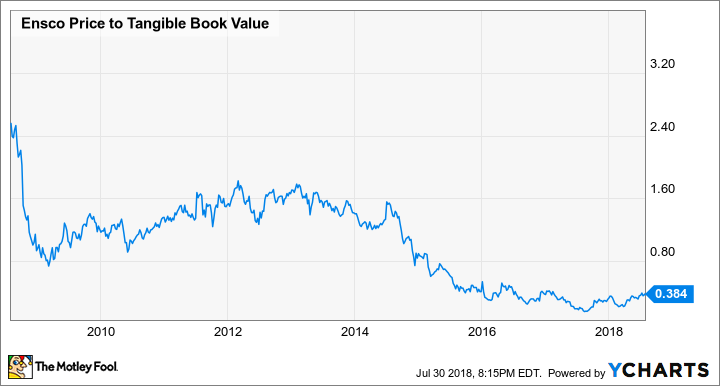 And as Matt recently wrote, there are signs the offshore market is waking up. Ensco has proved it can navigate the market relatively well, having won more than its fair share of the few contracts awarded in recent years. Post-Atwood merger, its fleet is newer and higher-spec, which should pay off into 2019 as more long-term projects get the green light.

Tyler makes a good point that for all their cheap valuations, Ensco and some of its peers have very little contracted work lined up past 2020. And that certainly means higher risk. But with only $236 million in debt maturing over the next five years, $700 million in cash, and a $2 billion undrawn credit revolver, its balance sheet is strong.

It may look irrational to own Ensco, but I think the extremely cheap valuation and solid balance sheet more than offset the risk, and I'm willing to wait for a recovery. Even a partial return to normal valuations would make Ensco an incredibly profitable investment.

Improving on a previous blueprint

Tyler Crowe (Tellurian Inc.): Yes, I'm overly optimistic about a company that is nothing but a hope and a business plan, one that could go wrong in all sorts of ways. But I have confidence in Tellurian's management team because it has built a successful LNG export business from scratch in the form of Cheniere Energy. At that time, there were way more questions about the viability of exporting natural gas from the U.S. than there a re today, but the success of Cheniere is evidence that we can export cheap natural gas around the world and reap a considerable profit doing so.

What attracts me to Tellurian over Cheniere is that the business plan management has put together looks to improve on the model it used to build Cheniere. Instead of getting customers to sign up for long-term contracts and then using those contracts to raise debt to pay for construction, Tellurian is offering its customers an upfront equity stake in the business that will entitle them to buy a portion of the new facilities production at cost. That way, Tellurian can avoid taking on the massive debt loads and complex financial moves Cheniere did to build its facility. Sixty percent of the facility's production will be marketed this way, and the rest Tellurian can sell on the open market.

It also helps that new technologies are being developed that will significantly reduce construction costs. The construction agreement it has made with its engineering contractor calls for a facility that will cost significantly less on a per-ton production capacity basis than many other LNG export facilities currently under construction.

These two items suggest that if this facility obtains all the necessary permits and can lock in equity partners, then it will be one of the lowest-cost producers globally for LNG.

The one thing that makes me slightly apprehensive is that management is also branching out by investing heavily in pipelines and upstream production assets to supply the facility. The idea makes sense -- drill for gas to supply your facility with a lower-cost feedstock -- but it adds a layer of complexity and capital requirements.

This is a risky stock, because a lot of things have to swing Tellurian's way for it to happen. It has to sign up equity partners to raise capital, it has to get regulatory approval, and it has to construct the facility. Its management team has done it before, though, and so I'm hitching my cart to this horse.