The New York Times Company (NYT -0.72%) reported modest top-line growth and significantly higher year-over-year net income and earnings per share in the second quarter of 2018. The company's results, issued Wednesday, evidenced a weaker growth rate in subscription revenue, yet, as we'll discuss below, this is partly through management's design. 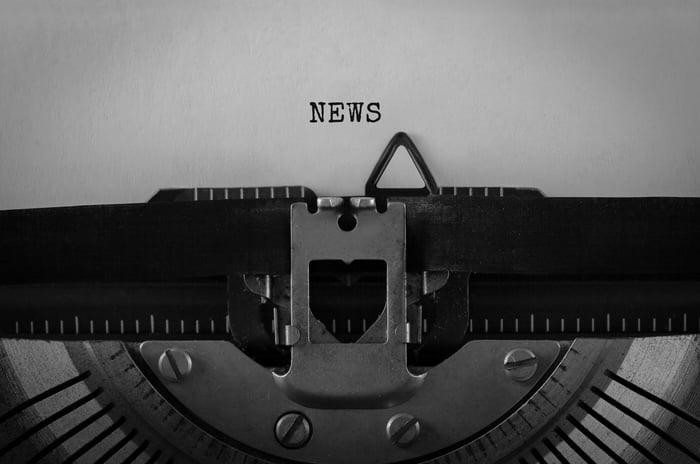 During the company's earnings conference call on Wednesday, management discussed its various investments to drive subscriber growth. While traditional marketing spends certainly play a vital role, new content creation also figures prominently in the company's subscription strategy. As an example, executives pointed to the paper's podcast The Daily, which has become one of the most-downloaded podcasts among U.S. audiences. Here are CEO Mark Thompson's comments on the value of generating compelling content across evolving media platforms:

[T]he other way I think about [marketing versus investing] is in the context of the Daily podcast, and indeed, the new TV show. These are, firstly, intended to be margin-generating profitable activities for the company. But they also have the effect of introducing the Times and Times journalism to potentially significantly new audiences. The audience to The Daily is a remarkably young audience for any news product, any media. So this is a way of reaching out with our messages and engaging people with Times journalism, in a way which is intrinsically profitable rather than being a marketing cost.

As we look ahead to the next three months, the paper expects revenue to expand in the mid single digits in the third quarter, with digital-only subscriptions growing in the high teens. Advertising revenue is slated to dip in the low single digits; the relatively higher performance against the first half of 2018 will be supported by an anticipated rise of 10% in digital advertising revenue. Other revenue is expected to continue its dynamic growth and muster a leap of 50% against the third quarter of 2017.

As for bottom-line results, the company doesn't provide an outlook for net income or EPS. It does, however, project the big picture on the expense side of the ledger: Management has outlined a 10% increase in operating costs next quarter, due to commercial printing growth and a step-up in marketing costs in the back half of the year.