The natural gas driller just can’t seem to get a handle on how best to develop the Pinedale.

Investors unloaded Ultra Petroleum Corp's (UPL) stock on Thursday, driving it down by more than 35% at 11:45 a.m. EDT. While the company's weaker-than-expected second-quarter results played a roll in the sell-off, the main driver was management's inability to figure out how to exploit its vast resources in Wyoming's Pinedale field.

Ultra Petroleum continued to confound investors during the second quarter. The natural gas driller was only able to generate $34 million, or $0.17 per share, of adjusted net income, which missed the consensus estimate by $0.03 per share as costs came in toward the high end of its guidance range due to a big uptick in general and administrative expenses. Meanwhile, production averaged roughly 787 MMcfe/d, which, while up 6% from the year-ago period, was below the mid-point of its guidance range. 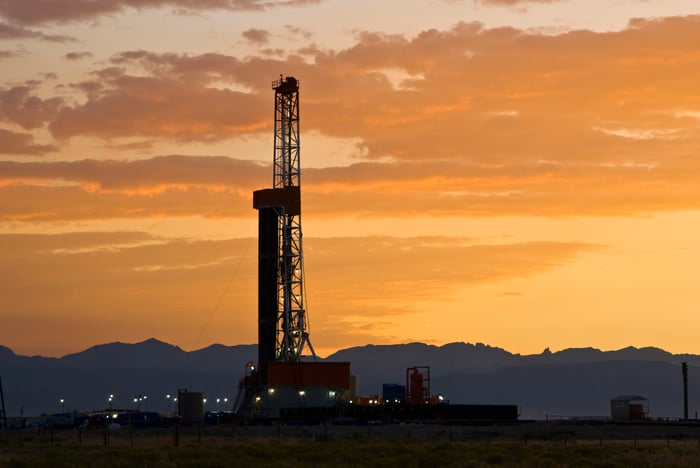 The reason output came in lighter than expected was due to the uneven performance of recently drilled horizontal wells in the Pinedale field. "While we anticipated variable results, and had some encouraging results from multiple zones, overall the average performance of these wells in the second quarter was below expectations," according to comments by CEO Brad Johnson. Because of that, Johnson said the company is "expanding our technical efforts to better leverage our learnings in future horizontal wells."

Ultra Petroleum's management team made a bold, but unwise bet by deciding to go all-in on its horizontal drilling program earlier this year after some initially positive results. Now, with its latest wells underperforming expectations, they need to take a step back. As a result, they're cutting one rig from their drilling program. Because of that, they only expect production to average between 273-283 Bcfe this year, which is down from the previous outlook of 285-295 Bcfe. However, despite dropping one rig, the company still plans to spend $400 million in capital this year, which is adding insult to injury for a company that's also cutting its full-year guidance. Clearly, Ultra Petroleum's management team doesn't yet have a handle on how to best develop the Pinedale, which is why investors should steer clear of this natural gas stock until they prove otherwise.