Even when we're not writing about stocks, we're probably discussing some investment theme or stock that perks our interest. Here's a sneak peek at some of the conversations that go on behind the scenes with some of our writers here at The Motley Fool.

Investing over the long term means you are more than just buying a stock based on valuation and market opportunity -- you're handing over your investment to management teams you hope will be effective capital allocators and generate returns for you. So when they continue to mess up and destroy shareholder value, it can be incredibly frustrating for investors.

There are loads of management teams out there that aren't great for shareholders, but Matt, Jason, and I (Tyler here) have a few in particular that get under our skin for their poor performance. Here's why we think those running Chesapeake Energy (OTC:CHKA.Q), Ultra Petroleum (OTC:UPL), and Buckeye Partners (NYSE:BPL) should be shown the door. 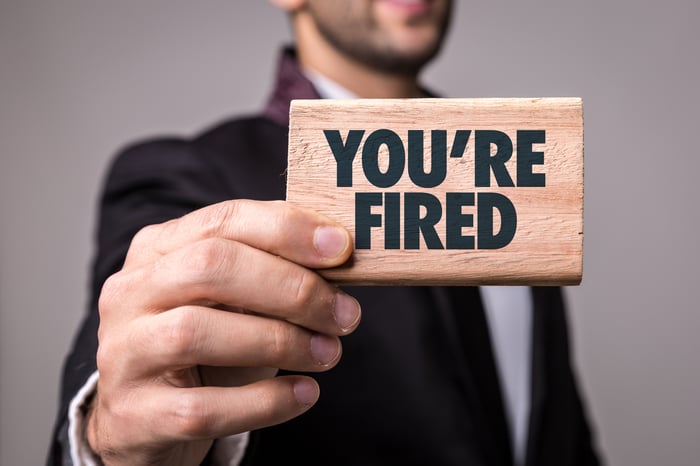 Matt DiLallo (Chesapeake Energy): Robert Lawler has been CEO of Chesapeake Energy since June 2013. Over that time, the stock has lost more than 80% of its value. While Lawler inherited several problems -- made worse by the recent oil market downturn -- he's made some of his own questionable moves along the way that have caused me to lose my faith in his ability to turn the company around.

For starters, in the fall of 2014 -- right when the oil market was starting to tank -- Chesapeake Energy agreed to sell its assets in the Southern Marcellus shale and a portion of those in the Eastern Utica shale to Southwestern Energy for $5.375 billion in cash. It could have been a coup for the company. However, instead of using the money to repay debt, a significant portion of that cash was plowed into drilling more wells to grow production.

Chesapeake Energy has continued to chase growth under Lawler's leadership by sticking to its historical approach of outspending cash flow to increase production, mainly bridging the gap by selling additional assets. 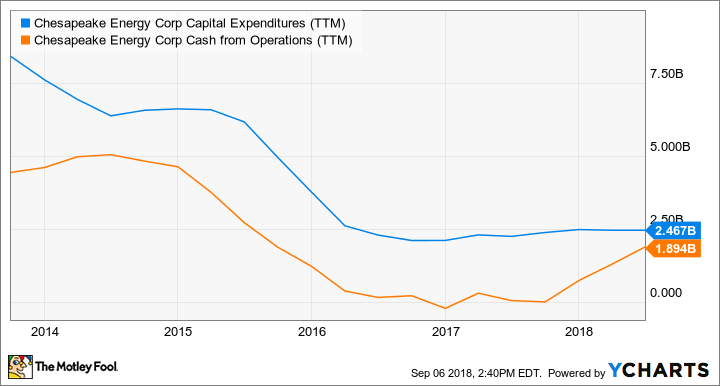 That approach has done nothing but destroy shareholder value over those years, especially since the company could have used that cash to reduce debt, which remains high. While Lawler has paid lip service to living within cash flow, the company is still working to reach cash flow neutrality.

Lawler has accomplished a lot over the years by simplifying Chesapeake Energy's balance sheet and portfolio. However, he also made several value-destroying blunders that outweigh this progress. That's why I think it's time for Chesapeake Energy to consider handing the company over to a management team focused on creating value and not continuing to grow for the sake of growth.

Jason Hall (Ultra Petroleum): Investors in this small, independent natural gas producer have already managed to survive bankruptcy once under the leadership of Michael Watford, who retired as CEO early this year. But here we are with the company's stock back in penny territory once again as the company struggles mightily to leverage its heretofore considered excellent natural gas assets. The current CEO is Brad Johnson, who holds the title on an interim basis, has been with the company for a decade and was senior vice president of operations before taking the reins in late February.

In May, the company detailed a rather risky plan to completely shift to horizontal wells this year in an effort to boost higher-return production. Fast-forward a few months, the plan, plain and simple, failed to work as anticipated, and management shifted course once again, returning to the vertical wells that have generated far more predictable production and better cost profiles.

So why's now the time for another leadership change? In short, because Ultra Petroleum's balance sheet cannot afford management to take these risky moves. With a massive debt load to service, the company needs to generate predictable cash flows, and work on continued deleveraging, and Johnson's history suggests he doesn't fully understand the potential consequences if the company -- again -- isn't able to meet its financial obligations.

It may be too little, too late -- the market is treating Ultra's shares that way -- but for current investors to have the best shot at not getting wiped out permanently, it's time for the board to find a new CEO who fully understands the implications and will allocate capital in a far more responsible manner. 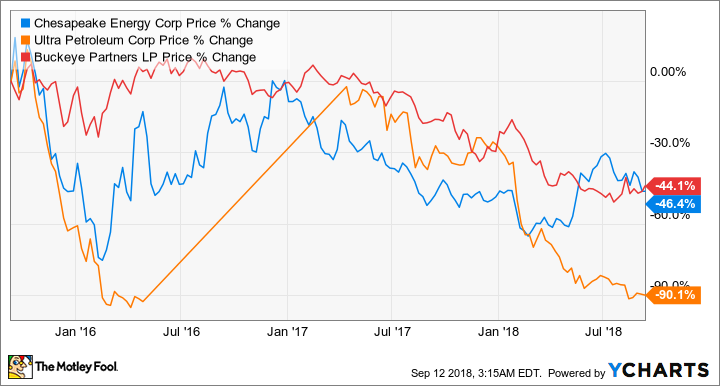 Mucking up a good thing

Tyler Crowe (Buckeye Partners): A well-run oil and gas midstream master limited partnership has to able to balance three things incredibly well: growing a payout to investors, funding the development of new assets, and maintaining the integrity of the balance sheet. For years, Buckeye Partners could be counted among the well-run MLPs as it maintained an investment-grade credit rating and increased its payout every year for more than 20 years. That isn't the case anymore, though, as its current management team has painted itself into a corner, financially speaking, that will likely lead to significant destruction of shareholder value.

Over the past few years, Buckeye's business was already looking a little shaky. Even though it was able to maintain that precious investment-grade credit rating, its distribution coverage ratio (the amount of cash available for distribution over total distributions paid) was teetering uncomfortably low and at times fell below 1.0, which means more cash was going out the door than what was coming in. Management chalked it up to timing and was able to work through it, but having little to no excess cash left over at the end of each quarter meant zero margin for error and it relied wholly on debt and equity to pay for capital expenditures.

Instead of keeping its head down and investing in growth projects that would bolster cash flow, management instead decided to acquire a 50% stake in VTTI, a global oil storage terminal company right at a time when utilization rates for crude storage were high. Higher interest payments and more shares outstanding have eaten away at distributable cash flow per share to the point that its coverage ratio was a dismal 0.87 this past quarter. Even worse, its debt-to-EBITDA ratio has crept up to 5.0 times, which is typically the upper limit for companies in this industry for maintaining an investment-grade credit rating. Now, management wants to embark on an ambitious capital spending program with few funding sources available to it and is talking about cutting its payout, even though just a few months before, it viewed its payout as sacrosanct.

Buckeye's management has been playing fast and loose with its finances for the past few years, and it looks as though its investors will suffer when it likely cuts its payout. Investors deserve better than this and Buckeye's management should get the boot.