Looking for a few good stocks that are flying under the radar?

By now, most investors are familiar with the FAANG group of tech stocks that have driven much of the market's growth in recent years. The success of stocks like Facebook and Amazon show that investing can be as easy as buying shares in companies whose products you use everyday, but there are also stocks that are flying under the radar that you should get to know. These offer investors the opportunity for even bigger returns since smaller-cap stocks have a greater potential for growth. In-the-know investors are catching on to some of these names. Keep reading to learn more about Baozun (BZUN -3.60%), Wynn Resorts (WYNN 0.08%), and Viking Therapeutics (VKTX -4.02%). 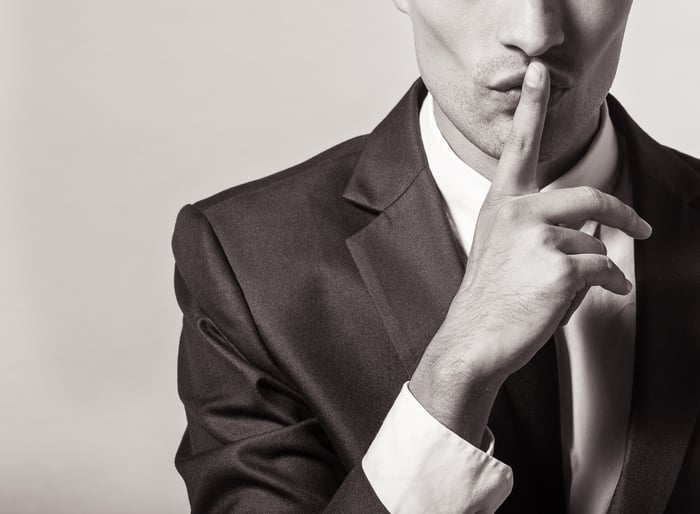 Jeremy Bowman (Baozun): Baozun may not be a household name in the U.S., but growth investors should get to know this Chinese e-commerce star.

Often called the Shopify of China, Baozun is actually much more than its North American counterpart since in addition to software services, the company handles physical needs like warehousing, distribution, and customer service for multinational companies like Nike, Microsoft, and Starbucks. China is the world's largest e-commerce market, and with the world's largest population and the economy still expanding around 7% annually, there should be plenty of room for growth ahead.

Not surprisingly, Baozun is riding that wave. The company just reported 30.5% revenue growth to $175.2 million in its second quarter, while services revenue jumped 51.6% to $88 million, about half the total. Baozun has been pivoting to higher-margin services and away from product sales, and as a result, its operating margins have been widening. In the second quarter, non-GAAP operating profit increased 56.5% to $12 million, and non-GAAP operating margin improved from 5.7% to 6.8%. Non-GAAP earnings per share jumped 32% to $0.15.

Considering that services revenue still only makes up half of the total revenue, profits should improve significantly as the company converts more of its business to services. Due in part to concerns about a rising trade war with China, the stock has fallen about 25% from its peak in June. That looks like a mistake, considering that shares are now trading at a P/E of less than 30, based on 2019's expected earnings. Right now looks like a great time to buy.

Travis Hoium (Wynn Resorts, Limited): It seems like there are a lot of problems with Wynn Resorts, from the drama surrounding Steve Wynn's resignation to the changes to potential licensing challenges in Massachusetts. Amid it all, Wynn Resorts continues to perform well as a company. Second-quarter revenue was up 9% to $1.61 billion, and property EBITDA, a proxy for cash flow from a resort, jumped 10.8% to $476.4 million.

What most people may not know about Wynn Resorts is that it owns some of the top casinos in the biggest gaming markets in the world. Wynn Macau and Wynn Palace, in particular, are rock stars of the industry, on pace to generate $1.5 billion of EBITDA in 2018. Wynn Las Vegas is no slouch either, generating about $500 million of EBITDA annually. When the $2.5 billion Encore Boston Harbor opens next year, Wynn will likely have one of the biggest cash-flow-generating casinos on the entire East Coast.

Not only is Wynn well positioned for gaming growth, it's a good value for investors. The company currently has a $23.5 billion enterprise value (market cap plus net debt) and is on pace to generate $2.08 billion of EBITDA in 2018. That's an enterprise/EBITDA ratio of 11.3 without including any contribution from the nearly complete Encore Boston Harbor. Investors who know that high-end gaming is where the real money is know that Wynn Resorts is the best bet in the industry today.

George Budwell (Viking Therapeutics): Almost 40% of adults in the United States are obese, according to the Centers for Disease Control and Prevention. While obesity is usually associated with higher incidence rates of twin killers heart disease and diabetes, U.S. physicians have recently been sounding the alarm on a new threat, namely fatty liver disease.

Upwards of 20% of Americans reportedly have livers with excess fat, and of those, a quarter are estimated to have a condition known as nonalcoholic steatohepatitis, or NASH for short. NASH is a serious condition characterized by inflammation and scarring of the liver that can lead to both cirrhosis and liver cancer over time. Oddly enough, though, NASH currently has no FDA-approved treatment. As a result, the first wave of NASH drugs to make it to market are expected to produce enormous sales within short order.

With this background in mind, I think investors looking to unearth hidden gems may want to check out small-cap drugmaker Viking Therapeutics right now. Viking is positioned to be a top player in the high-value NASH space with its orally administered thyroid receptor agonist VK2809 in the years ahead.

The bare-bones version of the story is that VK2809 produced sharp declines in placebo-adjusted low density lipoprotein levels ("bad cholesterol") in early-stage development, even at fairly low doses. Therefore, Viking's stock arguably has a real shot at doubling in value from here if this promising NASH candidate drug can produce a similar clinical profile -- without any major safety concerns -- in its ongoing mid-stage trial scheduled to read out before year's end.

Wynn's Results Are a Tale of Two Cities
415%