ZeniMax Media's Bethesda, the publisher of well-known game franchises like Doom, Fallout, and The Elder Scrolls, recently sent out notices to merchants who were selling used copies of their games on Amazon. Polygon reports that Bethesda issued one seller, Ryan Hupp, a legal warning claiming that his sale of a copy of The Evil Within 2 was "unlawful," because it wasn't done through "an authorized reseller."

Furthermore, Bethesda claimed that Hupp's use of the word "new" in the listing was "false advertising" -- although the game had never been opened or played. Bethesda also stated that it was sending similar notices to other non-compliant merchants. 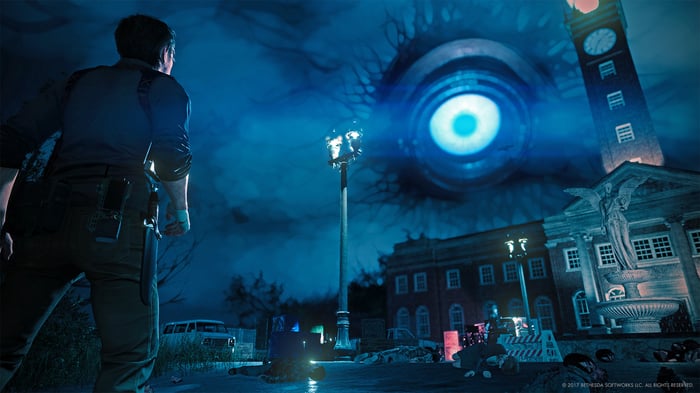 Bethesda's unprecedented move set off alarm bells at GameStop (GME -3.56%), which generated 26% of its revenue and 34% of its gross profit from "pre-owned and value video game products" last quarter. Several panic-inducing articles suggested that Bethesda's move could be part of an opening salvo against sales of all used games -- from which game publishers can't generate any fresh revenue.

That certainly sounds like a doomsday scenario for GameStop, which saw its stock tumble nearly 70% over the past three years amid the rise of digital downloads. However, investors shouldn't panic about Bethesda's move just yet.

Bethesda already issued a statement to Polygon declaring that it "does not and will not block the sale of pre-owned games." Bethesda clarified that it blocked Hupp's sale due to his listing of a "pre-owned" game as "new" on Amazon, and because it couldn't "verify that the game hasn't been opened and repackaged." Bethesda said that if Hupp listed the game as "pre-owned," there "would not have been an issue."

How publishers are striking back at used games

Bethesda might not be trying to gut GameStop's biggest business, but plenty of other companies are.

Prior to the launch of Sony's (SONY 1.39%) PS4 and Microsoft's (MSFT -0.23%) Xbox One in 2013, various reports suggested that both companies could add new DRM (digital rights management) features which would lock a single copy of a game to a single console or user. But Sony and Microsoft eventually abandoned those plans, probably to avoid an ugly PR backlash that would have throttled their console sales. 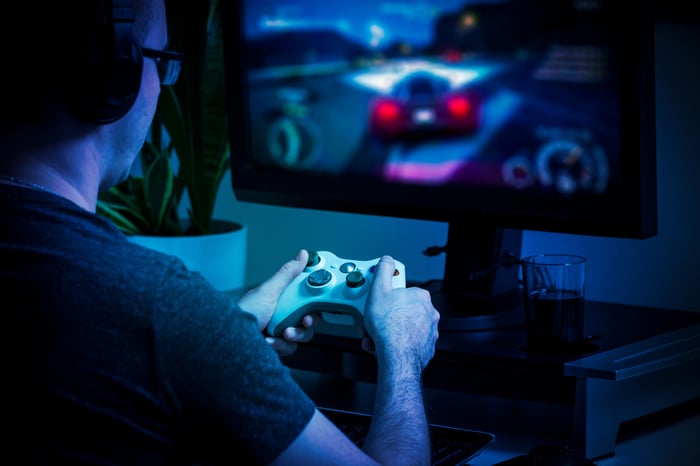 However, Sony, Microsoft, and other game publishers built online DRM platforms that countered retailers like GameStop with digital downloads, unified accounts, and special digital discounts, which were often cheaper than the pre-owned physical copies.

Microsoft and Electronic Arts both launched "all you can play" subscription services that let gamers download an unlimited number of games from a library of older titles. Microsoft's Xbox Game Pass costs $10 per month, while Electronic Arts' EA Access (Xbox One) and Origin Access (PC) both cost $30 per year. Sony also offers PS Now, a cloud-based game streaming platform, for $20 per month.

Those lucrative platforms, along with the dominance of digital downloads over physical game purchases, could eventually kill off sales of pre-owned games entirely.

GameStop investors should still be cautious

The Bethesda news is a non-issue for GameStop, but the business remains in serious trouble. Its pre-owned revenue fell 6% annually last quarter as its gross profit tumbled 13%. The unit's gross profit margin also declined 370 basis points annually to 44.5%.

GameStop blamed the drop on fewer big software launches during the quarter, which offset its growth in hardware sales. However, the aforementioned headwinds in digital downloads, discounts, and subscriptions are also likely throttling its long-term growth.

GameStop thinks that sales of collectibles (and comics in certain stores) could reduce its dependence on pre-owned games. But that remains a long shot, and GameStop is falling behind the times.