Here's why you might want to consider this healthcare REIT for your portfolio.

The U.S. population is aging, and fast. In fact, the 65-and-older population is expected to roughly double over the next 40 years.

This trend will create steady growth in the demand for healthcare services, as elderly Americans tend to use healthcare facilities more often and spend more when they do. My favorite way to invest in this area is through healthcare real estate, and one unique player in the healthcare real estate industry that I have my eye on is Physicians Realty Trust (DOC -0.70%). Here's a rundown of what the company does, and why it could be a smart stock to add to your portfolio. 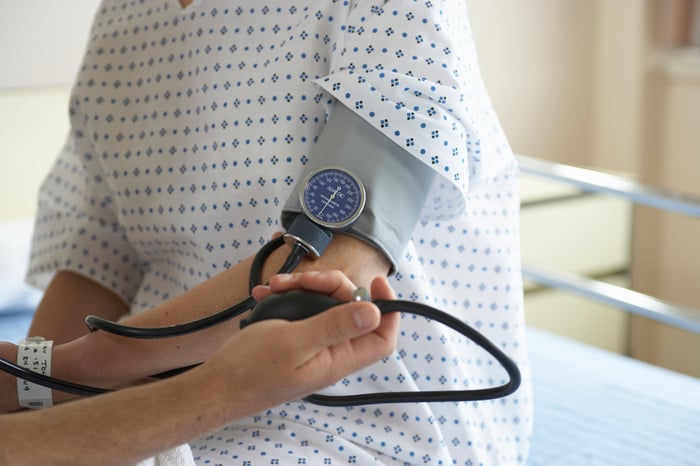 Physicians Realty Trust is a real estate investment trust, or REIT, that invests in healthcare properties -- primarily medical offices. The company owns 265 properties as of the latest available data, with 13.6 million leasable square feet. Ninety-three percent of the rental revenue comes from medical office properties, and most of the rest comes from hospitals.

Most of Physicians Realty Trust's properties are located on major medical campuses or are affiliated with major health systems. The company's acquisition strategy is to leverage the management team's relationships with doctors, hospitals, and health systems, which it believes gives it an advantage over the competition. For example, because of these relationships, Physicians Realty Trust could get access to real estate deals that aren't on the open market.

The long-term opportunity is huge

Medical office properties, and healthcare real estate in general, represent a tremendous long-term growth opportunity. As far as healthcare in general is concerned, there are some highly favorable demographic trends that should produce steady demand growth for decades to come.

Specifically, the combination of the gradual retirement of the massive baby boomer generation and longer American life expectancies is going to result in far more senior citizens that we have today. In fact, the 65-and-up age group is projected to roughly double over the next four decades, and the 85-and-older segment is expected to double in half of that time.

That's significant, because older Americans use healthcare services far more often than younger people do and spend a lot more on their care. For context, consider that the average person in the 65-to-84 age group spends roughly four times as much on healthcare as the average 19-to-44-year-old American. Because of this trend, healthcare spending is expected to grow by 63% during the 10-year period from 2017 through 2026 alone. 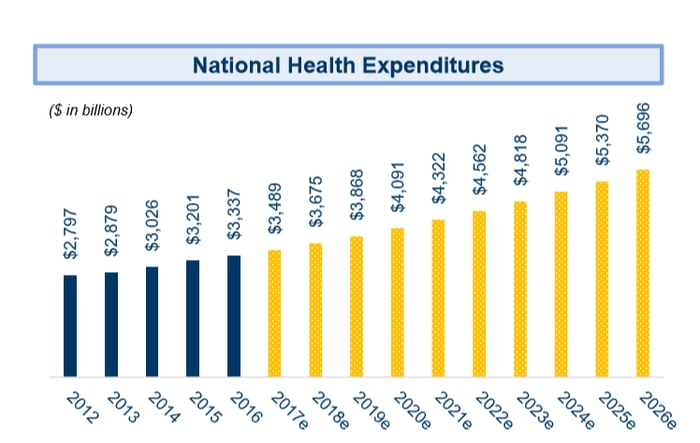 Medical offices in particular have a low rate of REIT ownership. Most tend to be owned by the physicians who occupy them, health systems, or other private investors. So not only will Physicians Realty Trust be a part of a naturally growing market in the coming decades, but there should also be no shortage of growth opportunities within the existing market.

Based on its second-quarter normalized funds from operations (FFO), Physicians Realty Trust trades for a pretty cheap valuation of just 14.9 times its annual FFO "earnings." For comparison, leading healthcare REIT Welltower (NYSE: WELL) trades for about 15.8 times its expected 2018 FFO.

Physicians Realty Trust isn't a low-quality REIT by any definition of the term. However, by some metrics, it looks a bit riskier than some of the largest names in the sector. For example, the company's leverage ratio of nearly 40% and fixed charge coverage ratio of about 4 are a bit on the "highly levered" end of the spectrum. Plus, in recent years, leverage has increased substantially.

Now, I don't think Physicians Realty Trust has a particularly high chance of defaulting on its obligations, nor do I think its leverage is anywhere near the danger zone at that point. Just know that it's a bit more levered, and therefore a bit riskier than peers and its stock is valued a bit cheaper for that reason.

The risk-reward makes a lot of sense

I believe any risk involved with Physicians Realty Trust is more than offset by its excellent management team, smart acquisition strategy, and vast long-term growth potential. In addition, its 5.6% dividend yield is well covered by its FFO and its payout could have room to grow in the years ahead. At its current price, Physicians Realty Trust looks like a compelling buy for investors seeking a solid combination of income and growth potential.