As NAND flash supply increases, pricing of this commodity is coming under pressure.

Western Digital (WDC -2.98%) became a major player in the market for products based on NAND flash -- a type of computer memory that's commonly used for computer data storage -- when it completed its acquisition of SanDisk in 2016. When Western Digital first announced its intent to buy SanDisk, it said that the acquisition would "double its addressable market and expand its participation in higher-growth segments." 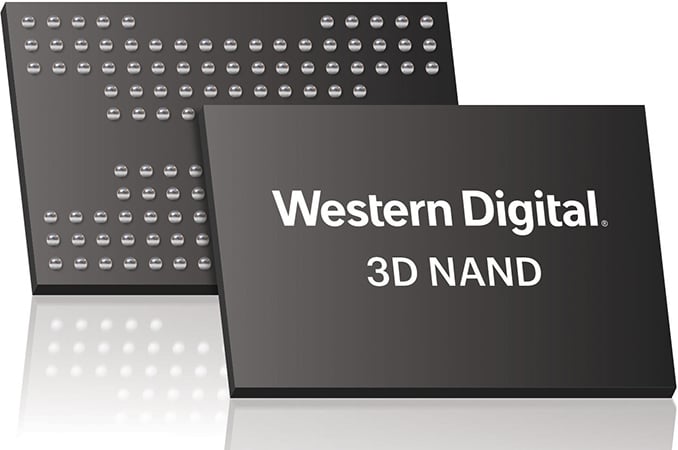 Despite the large opportunity that Western Digital sees in the market for NAND flash products in the years ahead, it's no secret that NAND flash prices have been dropping recently. According to analyst Ben Yeh with DRAMeXchange, "contract prices of NAND flash decreased by 10% to 15% in Q2 2018." This followed the decline of between 3% and 10% that DRAMeXchange reported in the first quarter of 2018.

On Western Digital's most recent earnings call, CEO Steve Milligan offered his view of how NAND flash prices will trend during the remainder of 2018 and the actions that the company is taking to respond to that trend. Let's take a closer look.

Milligan said that the "tight demand-supply balance experienced by the industry for the last several quarters was driven by several factors including the complexities of technology conversions such as the move from 2D [NAND flash] to 3D [NAND flash] and then in 3D, to higher layer counts."

The executive did say that because "these technology conversions are maturing and manufacturing yields are improving, the rate of flash supply growth is also increasing."

In this case, manufacturing yield refers to the portion of the chips produced that end up being salable. The higher the manufacturing yield rate on a given technology is, the more product a company can produce for a given amount of capital equipment. Not only do higher yield rates mean better supply, but they should also translate into better product cost structures, too.

When supply increases in a constant demand environment, this should have negative impact on pricing. However, according to Milligan, demand is weakening "in key sectors such as mobility," which is expected to lead the price of NAND flash "to decline at a rate faster than in past quarters."

Milligan conceded that the flash memory industry "has been in the midst of adjusting to these normalization trends," so the company is expecting "pricing pressure to continue through the remainder of calendar [year] 2018."

"In response to the changing market environment, we are reviewing our near-term capital investment plans for flash with our joint venture partner," Milligan said.

On the bright side, Milligan did say that the company "expect[s] gross margins for [its] flash portfolio to remain healthy," and argued that the market is "overreacting to the pricing pressures that [Western Digital is] seeing from a flash NAND perspective."

As of writing, the stock is down about 20% since the start of the year and roughly 39% from the 52-week high that it set back in March. 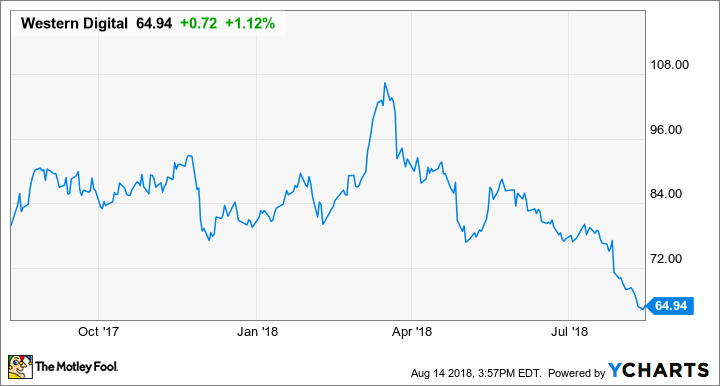 In fact, Milligan even went so far as to indicate that, with the company's latest $5 billion share repurchase authorization in hand, Western Digital has "the opportunity to repurchase shares at an attractive level."