Voice is the next frontier in the tech world. Now that the smartphone market has matured, with smartphone sales actually declining recently, tech giants are in a feverish race to dominate the market for voice-activated search. Amazon (NASDAQ:AMZN) broke out to an early lead with its array of Alexa-powered Echo devices, and the company sees voice as a way to bring even more consumers into its Prime ecosystem. Alphabet (NASDAQ:GOOG) (NASDAQ:GOOGL), long the king of search, has made a comeback lately with its Google Home devices; Google Home actually outsold Amazon Echo in the first quarter of this year.

Meanwhile, Apple (NASDAQ:AAPL) has mostly disappointed in the emerging smart-speaker market, as its HomePod has only captured around a 6% share.

However, smart speakers bring an additional challenge for Google. Companies like Amazon want consumers to use their voice-activated speakers to search for information and buy things, and that will inevitably take searches away from screens, especially considering Amazon's intent to control the consumer's entire shopping experience from search to purchase to delivery. 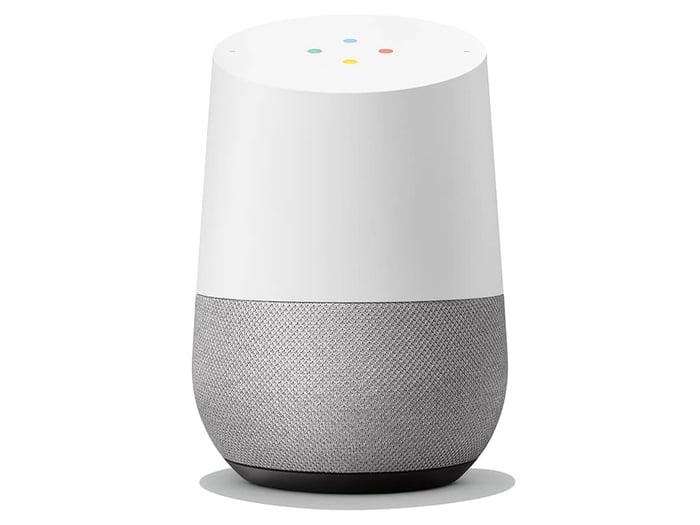 The central problem for Google is that there doesn't seem to be a good way to stuff ads into a voice search -- users want one answer for each question they ask.

Google CEO Sundar Pichai was asked about the potential threat from voice search during an earnings call last year, but didn't seem to have good answers for how Google would protect its ad business from voice search, or how it would evolve the business to advertise using voice.

Still, voice search may be as much of a complement to keyboard-based search as it is a substitute. After all, voice search has its limits. If you're looking for multiple websites for news or information, you'll need a screen. Even shopping, which seems to be much of the point of Echo devices, doesn't work so well with voice. Only 2% of Alexa users have shopped using the technology, and only 10% have been repeat buyers.

There are inherent challenges with voice shopping: images aren't available, and it's difficult to comparison-shop. Discovery is virtually impossible.

That may be one reason for Alphabet investors not to worry about the threat from voice search. Another is Alphabet's results themselves.

Even as smart speakers and voice search are reaching more consumers, with over 13% of U.S. households owning smart speakers and a third of Americans having performed voice searches last year, Google's ad business is booming. Paid clicks were up 58% year over year in the second quarter, and up 15% from the previous quarter. Even better, growth in paid clicks has been accelerating. Last year, they grew 54% and were up 43% the year before. It seems, then, that the search pie as a whole is expanding, and much more rapidly than voice is taking share from Google's advertising properties.

Google's paid-click growth indicates that voice search has not presented a threat to the company's ad business thus far, and smartphone sales still dwarf those of smart speakers. Nearly 10 million smart speakers were shipped in the first quarter globally, compared with 344 million smartphones.

While that could change in the future, it seems that voice search would have to advance significantly to compete with high-paid searches like comparison shopping, finding service providers, or other purchase-related queries. For now, Alphabet's search monopoly seems safe.