Shares of electric-car maker Tesla (TSLA -6.42%) fell sharply on Friday, following the release of a New York Times' interview with the CEO. Shares fell as much as 8.9% but are down 7.1% at the time of noon EDT.

Some concerning topics to surface during the emotional interview included details of an "excruciating" time of the CEO's career, Musk's wild workload, and Ambien usage. 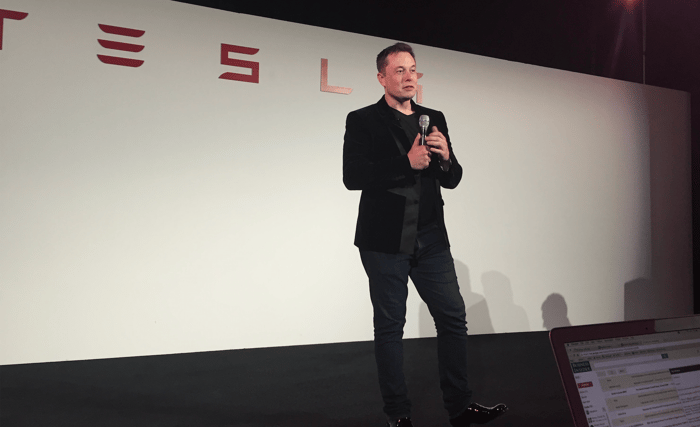 "This past year has been the most difficult and painful year of my career," Musk told the Times. "It was excruciating."

The interview comes after Musk's surprising announcement last week that he is considering taking Tesla private at $420 per share. The way the CEO disclosed Tesla's potential privatization has prompted an SEC investigation.

The article also said Tesla executives are searching for a "No. 2 executive to assume some of Mr. Musk's day-to-day responsibilities," according to "people familiar with the matter."

The New York Times said its sources had said board members were concerned about Musk's use of Ambien, but the paper quoted Musk as saying he sometimes takes the medicine to sleep: "It is often a choice of no sleep or Ambien.”

Musk told the Times that if there were a better person to lead the company, he would hand over the CEO role. "Is there someone who can do the job better?" Musk said. "They can have the reins right now."

In a statement provided to the Times by Tesla's board (excluding Musk) that responded to the article, directors reaffirmed their appreciation for the CEO:

We would like to make clear that Elon's commitment and dedication to Tesla is obvious. Over the past 15 years, Elon's leadership of the Tesla team has caused Tesla to grow from a small start-up to having hundreds of thousands of cars on the road that customers love, employing tens of thousands of people around the world, and creating significant shareholder value in the process.

Though the CEO did admit he believes there's still more pain ahead for him personally, "The worst is over from a Tesla operational standpoint," he said.