With the S&P 500 up nearly 7% year to date (on top of a 19% gain last year), attractive dividend stocks are dwindling in number.

A close analysis, however, reveals there are still some good deals for income investors. Two underperforming stocks seem particularly compelling. Not only do these two companies boast nice dividends, but they are also quality market leaders: media juggernaut Walt Disney (DIS -1.59%) and semiconductor supplier Broadcom (AVGO -1.11%). Here's a look at each. 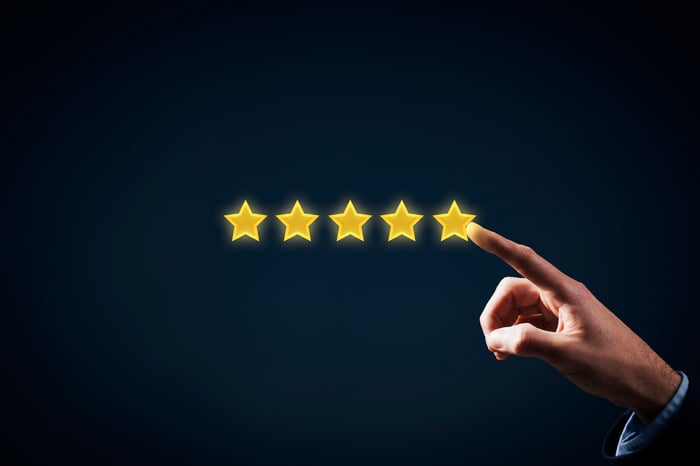 With its yield of just 1.5%, dividend investors might easily overlook Disney. But when this figure is viewed in combination with Disney stock's conservative valuation, a mediocre dividend yield is easy to forgive.

Thanks to the stock's underperformance relative to the broader market over the past three years (Disney is up 5% in this span; the S&P 500, 36%), investors can pick up shares of the company at a discount.

Interestingly, during this three-year period, Disney's earnings per share have actually grown quite nicely, rising at an average annualized rate of 10%. With EPS rising significantly faster than the company's stock price, Disney's price-to-earnings ratio has fallen sharply. Highlighting how cheap the stock is, Disney's P/E is just 14, down from about 22 three years ago.

In addition, with free-cash-flow growth of 19% year over year for the nine-month period ending June 30, Disney is faring far better than its valuation implies.

And Disney's healthy fundamentals mean the company has significant room for dividend increases in the years ahead. Of Disney's $9.9 billion in free cash flow over the trailing 12 months, just 25% of it went to dividends.

Another deal that may not last is semiconductor supplier Broadcom. This digital and analog connectivity specialist has a diverse business spanning wired, wireless, enterprise storage, and industrial markets. It's a market leader that deserves to trade at a premium, especially considering its uncanny levels of free cash flow -- $2.1 billion in its most recently reported quarter, equal to 42% of revenue.

After this stock's 17% decline over the past year, shares now trade at just 13 times free cash flow and eight times earnings. More important for dividend investors, this means Broadcom has a juicy 3.2% dividend yield.

Looking ahead, there's plenty of room for Broadcom to grow its dividend. The semiconductor company's $2.4 billion in dividends paid to shareholders in the trailing 12 months amounts to just 36% of free cash flow during this period.