Brian Feroldi, Anders Bylund, and Maxx Chatsko
(TMFTypeoh)
Author Bio
Brian Feroldi has been covering the healthcare and technology industries for The Motley Fool since 2015. Brian's investing strategy is to buy high-quality companies and then let compounding work its magic. See all of his articles here. Follow @brianferoldi
Follow @brianferoldi

Growth investing isn't for the faint of heart, but done correctly, it can lead to life-changing wealth creation.

So which growth stocks are worthy of an investment today? We asked three Motley Fool contributors to weigh in, and they called out Corcept Therapeutics (NASDAQ:CORT), Tucows (NASDAQ:TCX), and New Relic (NYSE:NEWR). 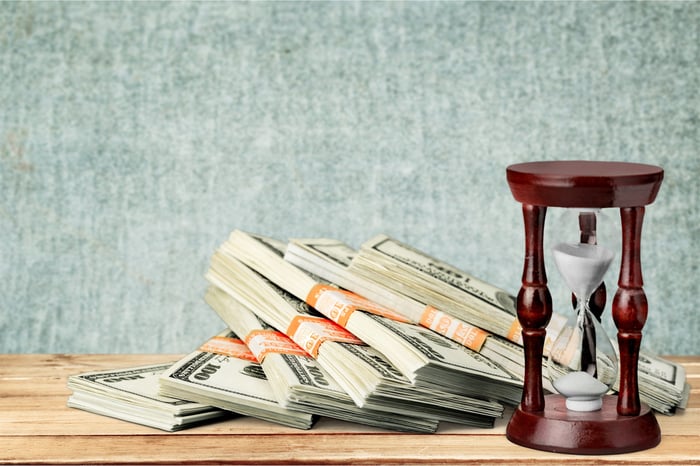 Is Wall Street overreacting to this risk?

Maxx Chatsko (Corcept Therapeutics): The threat of generic competition is not something pharma investors want to grapple with, especially for a company with only one approved product on the market. Yet, that's exactly where Corcept Therapeutics finds itself right now -- and Wall Street has sent its shares down over 25% year to date as a result.

But investors who look into the details may find analysts are getting a little carried away. Corcept Therapeutics currently relies on Korlym, a treatment for hyperglycemia associated with Cushing's syndrome, for all products sales. While it's true that generic competition is looming, the drug franchise is still cruising along. Net product sales in the first half of 2018 settled at $120 million, up 90% from the year-ago period. Net income grew 109% in that span to $35.6 million in the first six months of this year.

Management recently reduced full-year 2018 revenue guidance to $250 million to $270 million, which tipped Wall Street into a full-blown panic. But at current profit margins, that would result in net income of around $72 million for the year. In other words, Corcept Therapeutics isn't the typical one-trick-pony so common in the pharma industry, as many companies take years to ramp up sales of their first drug and may never see profits from one drug alone.

Importantly, the company is putting its newfound financial flexibility to good use. Corcept Therapeutics is developing a drug candidate, opportunities, that could eventually replace Korlym. Interim data from an ongoing phase 2 trial demonstrated that the drug improved upon important clinical metrics compared to Korlym at a similar point in its development and avoided the two most serious side effects of the approved treatment. If relacorilant continues to deliver success in mid- and late-stage trials (self-funded, at that), and Korlym can stave off generic competition for even one more year, then this pharma stock could be due for a higher valuation.

These growth prospects are moo-sic to my ears

Anders Bylund (Tucows): You may not have heard of this online services veteran. If you have, the company has probably changed a lot since you last interacted with it. Today, the shareware reviews and download portal has evolved into a leading internet domain name registrar with a couple of interesting side businesses.

The Ting Mobile wireless network service accounted for roughly 27% of Tucows' revenue in the recently reported second quarter. That operation resells mobile plans backed by the actual networks of T-Mobile US and Sprint, so Tucows would probably see lower costs and a simplified business structure if and when those two companies close their pending merger. That's one potential growth catalyst for the short term.

The Ting Internet service, on the other hand, stood for a negligible 2% of the company's second-quarter sales -- but the fiber-optic broadband service nearly doubled the number of target markets over the last four quarters and that tiny revenue stream grew 46% larger. In the long run, Tucows wants to open broadband services in many more markets, handpicked for simple installation prospects and cooperative regulation managers in each local area. A few years down the road, this could become a significant contributor to Tucows' top and bottom lines.

Together, the Ting-branded networking services are poised to give Tucows plenty runway toward high-growth results in the long run. Meanwhile, the stable domain-name business provides an ample financial platform from which the company can launch innovative expansion projects.

All told, Tucows has seen its top-line sales rising by an annual average of 23% over the last five years, based on a combination of buyouts and organic growth. At the same time, earnings growth clocked in at 33% per year. Looking ahead, analysts only expect the bottom-line profit expansion to accelerate in the next half-decade.

You can buy into all of this tasty growth at the low cost of 19 times forward earnings. I say that's a steal.

This red-hot growth stock has room to run

Brian Feroldi (New Relic): Nearly every business asks its IT departments to handle more and more tasks. The ever-increasing demand load is making it harder for them to handle one of their most basic but critical functions: ensuring that their applications are performing at their best.

New Relic is a software-as-a-service vendor that is helping to ease this burden. The company sells real-time reporting and monitoring software tools that help IT managers to keep tabs on their applications in real time. New Relic provides these professionals with an easy-to-understand dashboard that helps them to quickly identify problems so they can address the issue before it goes out of control.

Business has been warming up to New Relic's solutions for many years, and the company now counts more than 17,000 customers on its platform. Better yet, New Relic continues to roll out new solutions to its customer base, which is driving huge revenue growth.

The huge growth hasn't gone unnoticed by Wall Street. New Relic's stock is up more than 77% since the start of the year. The huge gain has stretched the company's valuation to the point that shares currently trade for more than 130 times next year's profit estimates.

Value investors might scoff at paying that kind of multiple to own this stock, but I think the premium price tag is more than justified. My reasoning is that only about 5% of applications are currently monitored by application performance management software. That number is expected to jump to 20% by 2021. If true, then New Relic's revenue, profits, and stock price all look poised to continue to soar from here.