2018 is turning out to be a nerve-wracking year for investors in metals and mining stocks. Prices, right from base metals like copper and aluminum to precious metals like gold and silver, are getting hammered.

Two stocks that have felt the heat are leading silver miner, Hecla Mining (NYSE:HL), and the largest publicly traded copper producer and among the top 10 gold producers in the world, Freeport-McMoRan (NYSE:FCX). Both stocks have given up more than 30% of their value so far this year.

The thing is, it's not just the volatility in metal prices that's slamming Hecla Mining and Freeport-McMoRan -- company-specific challenges have taken a bigger toll. Recent developments, however, signal an improvement in prospects, something investors might be overlooking. Does that make Hecla or Freeport-McMoRan a buy today? A look at what's happening at both companies reveals the answer.

Hecla Mining: Making up the loss of silver with gold

Hecla Mining reported surprisingly strong numbers for its second quarter earlier this month, and its shares soared by double digits soon after. Before I tell you why the quarter was important, you must know the backstory. 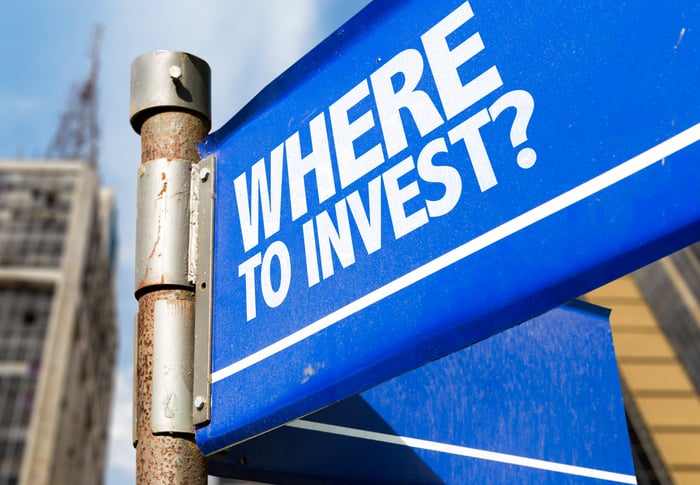 Hecla Mining's woes started when it shut down a key silver mine, Lucky Friday at Idaho, in March last year following a union labor strike. Nearly 17 months on, the dispute is yet to be resolved and the mine is barely operational: It produced only 124,467 ounces of silver during the six months ended June 30. That compares with a production of 3.6 million ounces in fiscal 2016 when the mine was fully operational.

This comes at a time when another mine, San Sebastian, is nearing the end of its life. That leaves Hecla with only two operating mines, Greens Creek and Casa Berardi, to fall back on. Thankfully, both reported strong production growth, especially for gold, last quarter, which, when combined with higher average realized prices, helped the miner rack up strong numbers.

Hecla gave shareholders another reason to cheer: It closed the acquisition of Nevada-based gold Klondex Mines and is now ramping up production at "cornerstone asset" Fire Creek. Thanks to the acquisition, Hecla also boosted its fiscal 2018 outlook and now expects to produce 262,000-284,000 ounces of gold versus roughly 233,000 ounces it produced in 2017. The miner's silver production, however, will likely drop almost 18% this year.

In the longer run, Klondex should boost Hecla's growth prospects for two reasons. First, it will push the miner's exposure to precious metals to 80% from 74%, with gold making up half its production. Second, it expands Hecla's footprint in the geopolitically stable high-potential Nevada mining region.

If not for the brewing trade war between the U.S. and China and the resulting meltdown in base metal prices, the market would be more optimistic about Freeport-McMoRan given how a drawn-out issue in Indonesia is closing.

Freeport-McMoRan has significant stake in Indonesia through its Grasberg mine: The nation accounted for 26% of the company's copper and 99% of the company's gold production in fiscal 2017. Copper exports from the mine, though, took a hit following a dispute with the Indonesian government.

In July, Freeport-McMoRan negotiated a deal with Indonesia that would require it to reduce its stake marginally for $350 million and its joint-venture partner Rio Tinto (NYSE:RIO) to divest its entire 40% stake for $3.85 billion in favor of a state-owned enterprise. In effect, Freeport-McMoRan will end up owning a 49% stake in Grasberg with the government owning the rest.

Notably, Freeport-McMoRan will operate the mine, which means while it'll bear essentially all of the costs related to development, a major chunk of the benefits will go to the Indonesian government. Nonetheless, a deal should bring much-needed stability to the miner's operations in Indonesia.

The company currently expects to spend $700 million annually on Grasberg over the next five years, with 2019 expected to be its "transition year" as it shifts to an underground mine, Grasberg Block Cave. Freeport McMoRan's copper and gold production, therefore, will likely drop substantially next year before picking up. 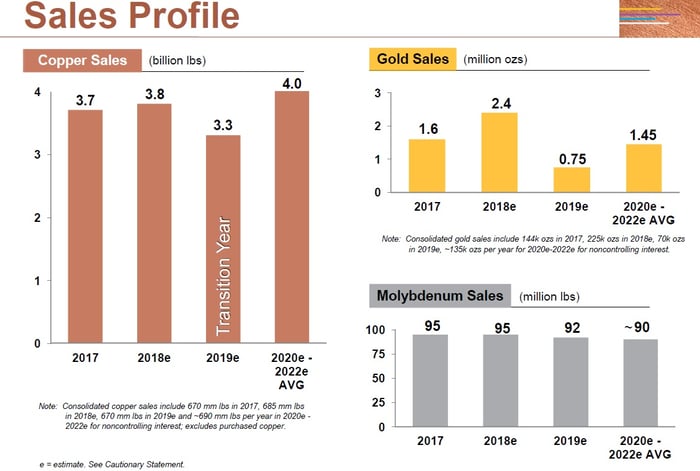 Meanwhile, the miner's capital expenditures are set to rise, which could mean lower cash flows over the next couple of years at least. Otherwise, aggressive deleveraging in the past couple of years and the reinstating of a dividend earlier this year are testimony to Freeport-McMoRan's improving financial standing.

Frankly, both Hecla Mining and Freeport-McMoRan still have their fair share of challenges to deal with. Yet, Freeport-McMoRan stands out for its efforts to solve the Indonesian dispute even as Hecla can't seem to resolve internal conflicts at Lucky Friday. To be clear, I wouldn't recommend buying Freeport-McMoRan yet given the volatility in metal prices and a challenging 2019 ahead, but I'd watch this stock closely for long-term investing.