Google is winning, Amazon is nipping at its heels, and China is the country to watch.

The smart speaker market is already proving to be a massive success for some of the world's biggest tech companies. Worldwide shipments of the devices grew by 187% in the second quarter of this year, with Alphabet's (GOOG 4.16%) (GOOGL 4.20%) Google and Amazon.com (AMZN 3.66%) leading the way, according to new data from Canalys.

Google Home's smart speaker held onto its top spot from the previous quarter and shipped 5.4 million of its devices to take 32.3% of the worldwide market. Meanwhile, rival Amazon -- whose Echo speakers were once the undisputed smart speaker leader -- shipped 4.1 million devices and currently has 24.5% of the market.

Amazon had a head start in the smart speaker space, but Google's current lead shows just how good the tech giant is at entering new tech markets and dominating them. 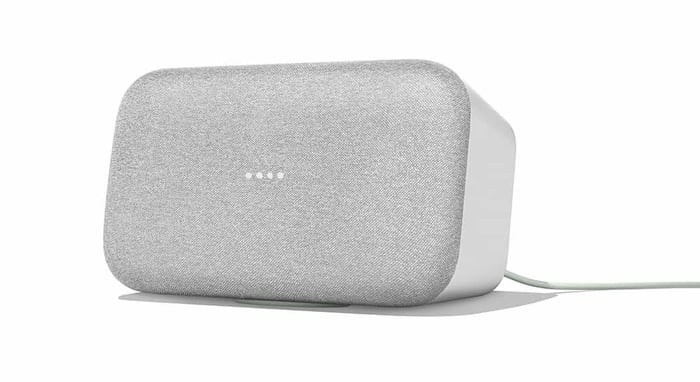 While Amazon and Google continue to battle for the top spot, Alibaba (BABA -1.13%) and Xiaomi are driving smart speaker growth in China. The two companies make up 90% of the market in the country and are having an impact on the broader market, with Alibaba taking nearly 18% of the global smart speaker market and Xiaomi taking 12%.

Not only are Alibaba and Xiaomi creating more competition for Google and Amazon, but they're also helping create a massive smart speaker market in China that's poised to eclipse the U.S. very soon. Most of Amazon and Google's smart speaker shipments are in the U.S. right now -- 68% for Amazon and 58% for Google in the second quarter. But in the next few quarters, China will likely surpass the U.S. as the largest market for these devices, which means Amazon and Google may soon need to focus more attention on how they can grow device sales in that region.

Why smart speakers matter for Amazon and Google

Admittedly, smart speakers are not big moneymakers for Google and Amazon, at least not when it comes to the actual price of the devices and how much they sell them for. But their value is in how the companies use them to collect information and generate more sales.

For example, we all know that Google is in the business of collecting user data from its free services and cheap devices so that it can use the data to serve its users highly targeted ads. This approach works fantastically for Google, and advertising accounted for 87% of Alphabet's total sales in 2017. The more a Google Home smart speaker owner uses the device for voice searches, the more data Google gleans and the more it can eventually earn from ad sales.

Amazon has a different approach to making money from its smart speakers, but it's still lucrative. It's already been shown that Amazon Prime members who own an Echo device spend an incredible $700 more per year ordering from Amazon's e-commerce platform compared to those who don't own one. Additionally, analysts at RBC Capital estimate that Echo speaker sales, and sales through the devices on the company's e-commerce platform, could be worth about $10 billion to $11 billion for Amazon's top line in the next two years.

If all that weren't enough, recent data shows that voice-activated shopping sales are poised to reach $40 billion in the U.S. and U.K. by 2022.

With the smart speaker market growing so quickly and both Amazon and Google creating their own ways to boost sales through the devices, it's likely that we'll see the companies focus even more of their efforts on these devices.