The retailer has set some head-turning growth records over the past few months.

Investors were expecting good news from Target (TGT 4.16%) in its second-quarter earnings report. Peers like Walmart (WMT -0.75%) had recently announced accelerating sales growth thanks to strengthening economic trends and favorable weather patterns, after all. And Target's management team said in late May that its recent customer traffic trend -- the best rate the retailer had managed in a decade -- had strengthened further into the first few weeks of the new quarter.

Target surpassed even those high expectations in an earnings report Wednesday that was almost uniformly positive.

Let's take a closer look at the latest results.

Sales gains shot up to a new high thanks mainly to surging customer traffic. Target's e-commerce business, meanwhile, continued to pressure profitability. But those issues weren't a significant drag on overall earnings results. 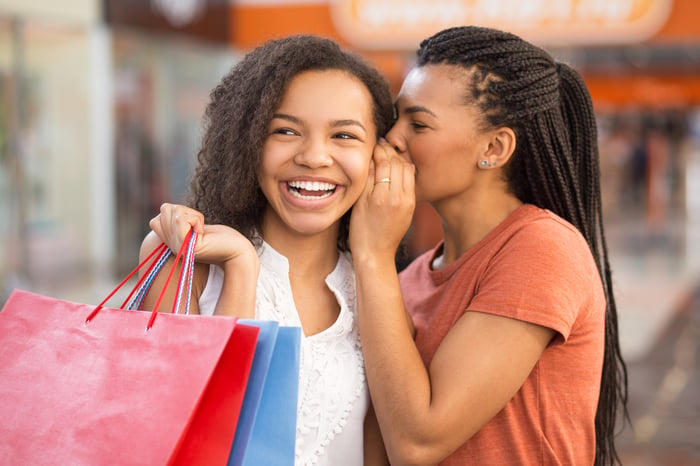 A few key highlights of the quarter:

"We are extremely pleased with Target's second quarter results, which demonstrate our guests' excitement for the enhanced and differentiated shopping experience we're building," CEO Brian Cornell said in a press release. Executives tied the rebound to growth in the broader economy but also said it reflected progress on key initiatives including cost cuts and improvements to the customer shopping experience. Cornell pointed out that the customer traffic metric was a 10-year high, and comp growth was "Target's best in 13 years."

As for the slight decline in profitability, management said investments in the e-commerce channel more than offset the positive impact of cost improvements and higher prices.

Cornell and his team are feeling more confident about their 2018 growth outlook now that half of the fiscal year has passed. As a result, Target lifted its sales forecast and now sees comps rising by about 5% compared to the prior forecast of low-single-digit growth.

The earnings picture is brightening, too. After falling by double digits last quarter, and for the full 2017 year, operating income has rebounded to a 3.6% decline so far in 2018. Thus, with demand spiking both online and in stores, the retailer is in a good position to improve on the sharp drop it posted in fiscal 2017.

It's conceivable that, with a solid holiday performance, the retailer might even return to modest core earnings growth this year, ahead of management's forecast of an overall rebound starting in 2019.