Even though they could potentially face price increases if the deal goes through.

T-Mobile's (TMUS -1.32%) proposed $26 billion megamerger with Sprint (S) could have dramatic implications for broad swaths of the U.S. wireless industry. Not only could consumers potentially face the prospect of higher prices should the deal go through, but wholesale customers that purchase wholesale capacity could, too. Those companies, known as mobile virtual network operators (MVNOs), already face slim margins, but could find themselves further pinched in such a scenario.

The two carriers have nearly 28 million wholesale connections combined, and regulators are already scrutinizing the potential impact on wholesale prices. The Un-carrier is reportedly trying to rally support from its wholesale customer base. 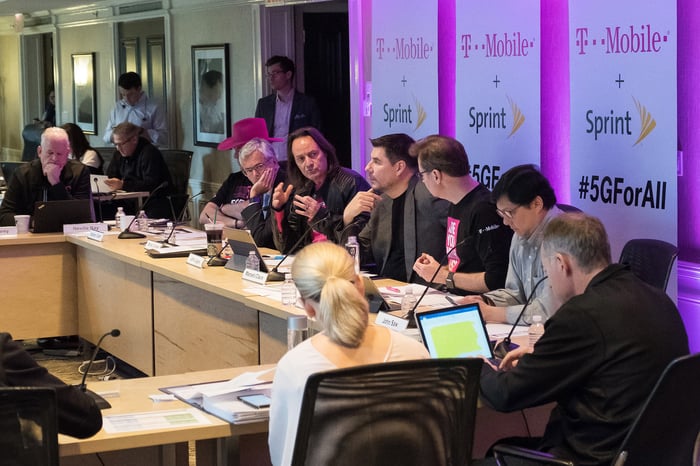 Reuters reports that T-Mobile is nudging wholesale customers to publicly support the proposed merger. That could potentially take the form of publishing an op-ed or sending supportive correspondence to regulators. The Federal Communications Commission (FCC) started taking public comments on the deal in June, and interested parties can still submit input until Aug. 27.

T-Mobile is even offering specific talking points, such as the argument that a combined company could deploy 5G faster than if the companies remained separate. The accelerated 5G argument has been a core underpinning of the deal's rationale from the get-go. The combined spectrum portfolio would play a significant role, with the companies planning to use T-Mobile's 600 MHz spectrum and Sprint's 2.5 GHz spectrum as a foundation for its 5G network. Beyond that, it's not clear how the merger would accelerate its 5G road map. 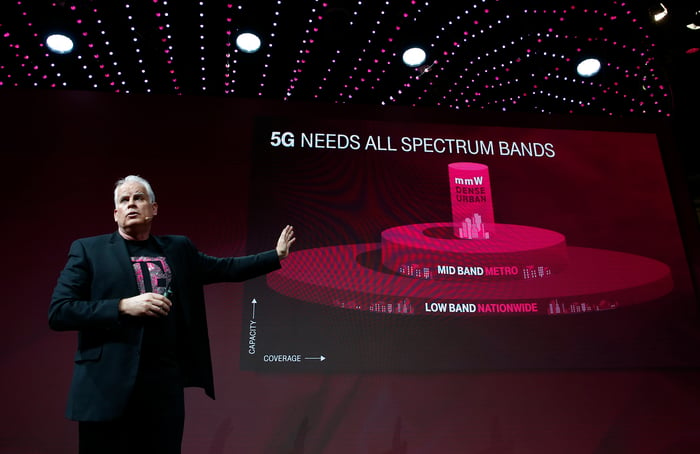 MVNOs are being put in a bit of an awkward situation, as they would directly bear the costs of any potential price increases should the merger go through -- before passing those costs along to consumers -- yet now they're being asked to speak favorably of the deal.

It would certainly help if T-Mobile and Sprint are able to garner public support from MVNOs, but the market for wholesale wireless capacity is only one aspect that regulators will assess.

T-Mobile and Sprint remain confident that the deal will pass regulatory muster and subsequently close in the first half of 2019. The market, on the other hand, isn't so sure. Shares of both companies fell immediately after the announcement in April, and even today T-Mobile shares are just 3% higher than they were when the announcement was made. Sprint stock is 5% lower. The market still isn't pricing in good odds.