With shares up 8% in after-hours trading as the market absorbs the news, let's take a closer look at what drove Splunk over the past few months and what investors can expect in the coming quarters. 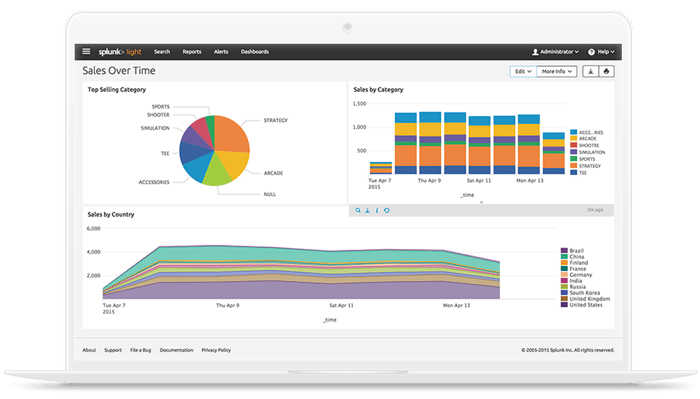 The rapid digitization of every organization, coupled with Splunk's increasing innovation, is driving our continued momentum. Every organization needs to monitor, analyze and investigate data to make faster decisions and take action, and I am pleased that Splunk is the platform of choice. I am looking forward to .conf18 where we'll reveal the next generation of product innovations to help our customers succeed during this exciting time in their digital evolution.

For the current third quarter of fiscal 2019, Splunk expects revenue of between $430 million and $432 million -- or roughly 31.1% growth at the midpoint -- with adjusted operating margin of 13%. Splunk boosted its full fiscal-year 2019 guidance to call for revenue of roughly $1.685 billion (compared with its previous outlook for $1.645 billion), and reiterated its target for full-year adjusted operating margin of 11.5%.

All things considered, this was another straightforward quarterly beat and raise from Splunk, and in response, the stock rightly is rallying to challenge its all-time high.