The headline numbers are impressive, and management certainly talked those up during the earnings call. But they also discussed two initiatives, a one-day sale in July meant to counter Amazon.com's Prime Day sale and an extensive store remodel project, that are worth hearing about. 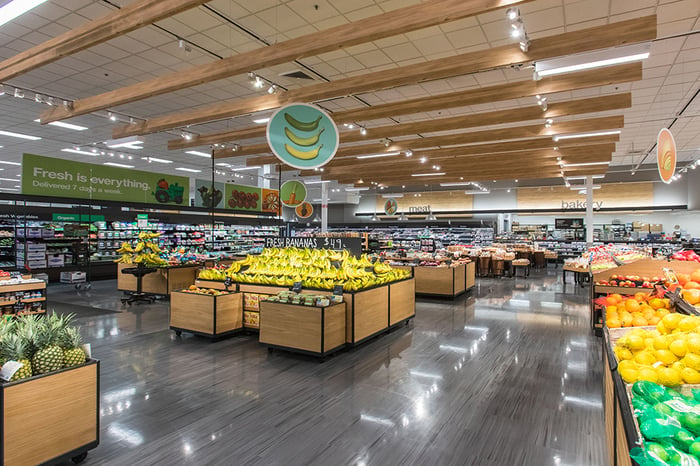 Amazon's annual Prime Day sale in July can be a thorn in the side of other online retailers, but Target took advantage this year by holding a big sale of its own. By all measures, it was a smashing success.

"On top of the strong digital sales trend we've been seeing for many years, we saw a meaningful incremental lift from our one-day sale in July, which came in far ahead of expectations," said Target CEO Brian Cornell.

COO John Mulligan attributed much of the acceleration in digital sales during the second quarter to the one-day sale in July. He also gave another reason to hold the sale other than countering Amazon. "Among the many reasons to host a digital sale in July, it's important for our team, because it gives them the opportunity to stress test our systems and processes in advance of the peak holiday season," Mulligan said.

With the one-day sale driving the highest digital sales for a single day outside of the holiday season, with nearly three times higher volume than the company expected, Target's systems certainly got a workout.

Chief Merchandising Officer Mark Tritton added some details on which categories saw the most sales. "More than half of our digital sales on that day were in a highly differentiated and high-margin Home category," Tritton said. "And as John told you, we blew away our forecast for that event."

Home furnishing and decor accounted for 19% of Target's sales in 2017, so it's an important category for the retailer.

While Target won't benefit from another one-day sale in the second half of the year, Cornell still expects "very strong digital growth" in the third and fourth quarters. The continued rollout of Target's various online initiatives should help keep online sales growing at a brisk pace.

Part of Target's multi-pronged strategy is to give its stores a fresh coat of paint. The company plans to remodel a total of 1,000 stores over three years, which is more than half of its total store count.

"Our goal for the year to deliver well over 300 remodels and we are on track to deliver that plan," Mulligan said. "We completed remodels of 113 stores in the second quarter on top of the 56 we completed in the first quarter and many more are under way."

This remodel initiative accomplishes two things. First, it "provides our guests with a more inspiring environment that's easier to shop," Mulligan said. Target is seeing a 2% to 4% sales lift in remodeled stores, so customers are responding positively.

Second, it "creates an optimal platform for all of our fulfillment initiatives." Target's e-commerce strategy revolves around its stores -- more than two-thirds of the online sales growth during the second quarter was fulfilled from stores. Making sure that process is efficient is critical as Target continues to grow its online business.

These remodels do come at a cost. More than 250 locations were actively being remodeled in July, causing a "significant disruption in sales," according to Cornell. That disruption wasn't enough to prevent Target from posting its strongest comparable sales growth in more than a decade. If not for the remodels, Target would have posted even better results.

With this remodel project, Target is positioning its store base to better serve customers while also providing the infrastructure for its growing online business. When the remodels are complete in 2020, Target will be in even better shape to do battle with Amazon.