Since going public in 2013, Veeva Systems (VEEV -1.51%) has made a regular habit out of posting 20%-plus revenue growth. Over the past year, though, it's added another trick: posting 50%-plus earnings growth.

This week, that was the story once again for the company -- which focuses primarily on meeting the cloud needs of the pharmaceutical industry. 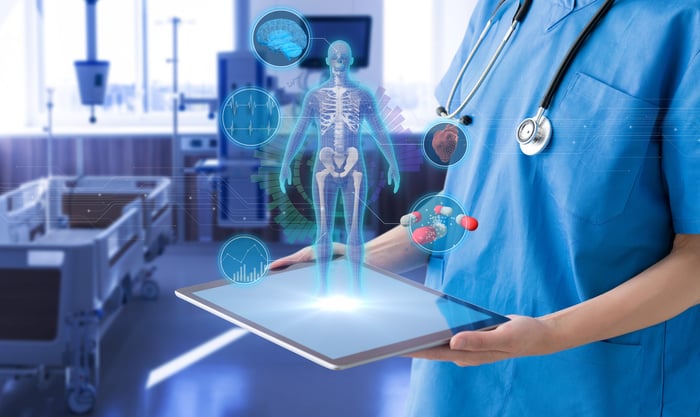 Before we dive into the details of Veeva's second quarter, let's review how the company performed on the headline numbers.

Just about any company would be happy with sales growth of 25%, but what's really impressive is the 63% growth in earnings. And the concurrent jump in free cash flow tells us that this earnings growth isn't illusory -- it's very real.

There are two key reasons for the impressive showing: First, gross margins for the subscription business -- the company's high-margin bread and butter -- expanded 258 basis points from the same quarter a year ago to 82.8%! Because the company has set up the requisite cloud infrastructure, each additional customer costs very little to service.

Data source: Veeva IR. Spending figures back out the effect of stock-based compensation.

What this really means is that Veeva is getting so popular that it's getting more business by word-of-mouth within the industry and existing customers adding new products. That's why sales and marketing growth hasn't been eclipsing overall sales growth -- a very good sign for investors.

Speaking on the company conference call, CEO and founder Peter Gassner highlighted what a strong quarter it was:

It was another quarter of strong growth and profit fueled by disciplined execution in multiple markets. At the same time, we made great strides planting seeds for future growth in new markets, with products like EDC, Safety, Nitro and Vault outside of life sciences.

Over the past year, we've kept track of how Veeva's newest Vault and CTMS products are faring. To review where the company stood at the end of the second quarter:

Gassner and his team also talked up Veeva Nitro -- an add-on to the company's CRM offering that serves as a commercial data warehouse and benefits from the company's artificial intelligence initiatives. The product signed on its first early adopter during the second quarter.

And finally, while specific numbers for the initiative weren't given, Veeva announced that Vault QualityOne -- the company's offering for companies in highly regulated industries outside of life sciences -- signed its first seven-figure deal with a major consumer packaged goods (CPG) company.

Management laid out revenue and non-GAAP earnings forecasts for the third quarter and fiscal year. Assuming the mid-points of the given range, here's what investors can expect.

While numbers like that should satisfy Wall Street, what long-term investors really need to remember is this: By getting more and more customers into its ecosystem, locking them in with high switching costs, and cross-selling them on new products, Veeva is continuing to plant the seeds for impressive and reliable growth for years to come.