Shareholders of Veeva Systems (NYSE:VEEV), a software-as-a-service (SaaS) company that specializes in meeting the needs of the pharmaceutical industry, have enjoyed quite a run. The company has continually outpaced expectations, leading to returns of 260% since February of 2016.

Last quarter, management decided to up the ante, forecasting bottom line growth of over 40%. Coming into Thursday night's earnings release, the bar had been set pretty high. Somehow, the company exceeded its own expectations. 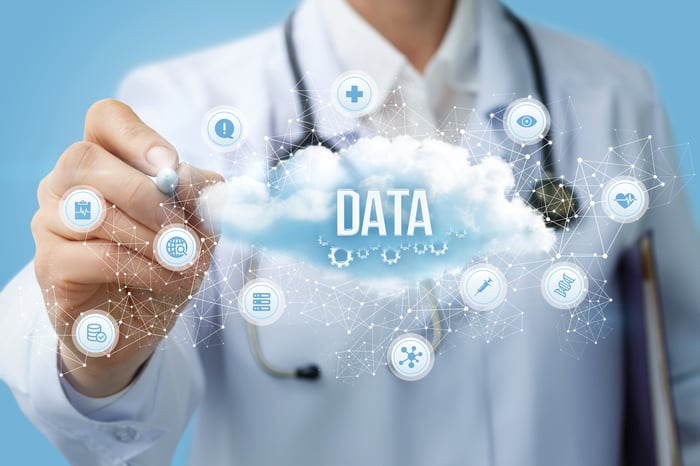 Before we dive into specific details from the company's earnings, let's take a look at how it performed on the headline numbers.

The big reason for the bottom line beat came down to impressive leverage. Non-GAAP gross profit margins expanded over 240 basis points to 70.6%, and the company only had to increase sales and marketing spend (not including stock-based compensation) by 15% to achieve the 22% gain in revenue. The company was also helped by changes in revenue recognition standards enacted within the past year.

Spending on research and development, on the other hand, outpaced revenue growth -- advancing 33%. Long-term shareholders should applaud that move, however, as advancements in what Veeva is offering its increasingly larger client base will only make the company's switching costs -- and, therefore, it's moat -- wider.

Perhaps the biggest news of note was the launch of Veeva Nitro. This is an add-on to the company's legacy CMS solutions. According to the division's website, "Veeva Nitro is a next-generation commercial data warehouse that eliminates the time and effort of custom data warehouse development and maintenance." It has deep analytics and AI-ready immediately upon deployment as well.

In his prepared remarks, CEO and founder Peter Gassner called it, "a major expansion of our industry cloud for life sciences." The Commercial CMS Cloud division in general performed well, adding 14 new small and medium-sized life sciences customers during the quarter, as well as deepening its relationships with two Top 50 biopharmaceutical companies.

The bottom line for shareholders is that with every one of these new tools deployed, the company benefits from a powerful one-two punch: it adds incrementally to the company's top- and bottom-lines, and makes the switching costs for customers even higher.

For the full year, management bumped up expectations. The company expects the company to earn $1.37 per share (Non-GAAP), an impressive 47% increase. Revenue is expected to continue at a similar pace, showing 21% growth to a mid-point of $828 million.