Momentum in the Central Florida battle for theme park supremacy is shifting back in favor of the mouse that started it all, and Comcast's (CMCSA -0.91%) Universal Orlando isn't doing itself any favors by closing another long-standing attraction. Universal will be closing The Eighth Voyage of Sindbad -- a stunt show that has been around since Islands of Adventure's debut in 1999 -- on Sept. 15. There is no official word on what will replace the experience, but it's just the latest attraction to get shuttered over the past year.

Closing down a signature show just as the summer crowds start to wind down may make sense on paper, but the timing is problematic in light of the area's shifting landscape. After years of closing the attendance gap with the industry behemoth, we finally saw Disney (DIS -1.78%) widen its lead last year. With several tourist-grabbing upgrades and additions on the way at Disney World in the next couple of years, it's going to be hard for Comcast to catch up as it fades in Disney's rear-view mirror. 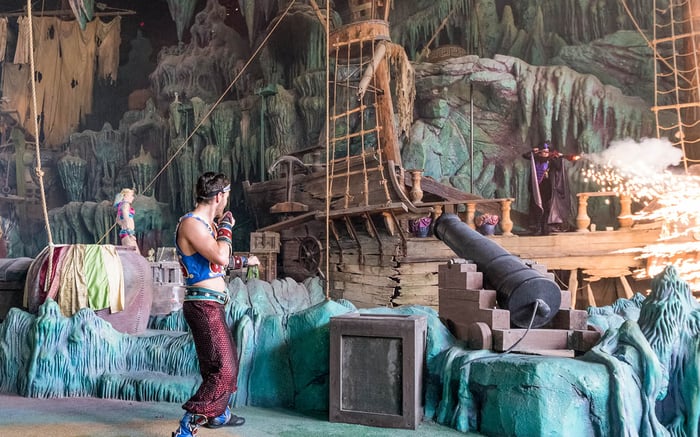 The audacity of capacity

Comcast's resort in Orlando has closed a pair of high-volume shows and an iconic dual roller coaster over the past year, and for now, there is little to show for it outside of the construction taking place for a Harry Potter-themed family coaster that should open next year where Dragon Challenge used to draw thrill seekers. The problem with the lull between the closures and their eventual replacements is how Comcast can make up for the void in capacity.

Theme-park enthusiasts can argue on the merits of the nixed attractions, but this ultimately means there are a pair of coaster experiences and two shows that have disappeared over the past year. People who would be enjoying any of these attractions a year ago are now likely making lines longer everywhere else. Universal Orlando did open Fast & Furious: Supercharged earlier this year, but that's another ride that took the place of two former attractions. It also doesn't help that the new screen-based ride is drumming up largely negative reviews.

The timing of the closures is rough. Disney is raising the bar. Universal Orlando is closing the bar down. Your move, Comcast.