Please ensure Javascript is enabled for purposes of website accessibility
Log In Help Join The Motley Fool
Free Article Join Over 1 Million Premium Members And Get More In-Depth Stock Guidance and Research
By Ashraf Eassa - Aug 30, 2018 at 9:00AM

Pay attention to these items from HP's latest earnings call.

During the conference call that accompanied this earnings release, management provided some additional insight into the business. Let's take a closer look.

"HP continued to outperform the PC market in the second calendar quarter, growing market share with broad-based growth across regions and product categories," HP CEO Dion Weisler told investors. "While we're proud of these results and the team's efforts, share gains continued to be an outcome of our innovation for customers and not an objective of our business." 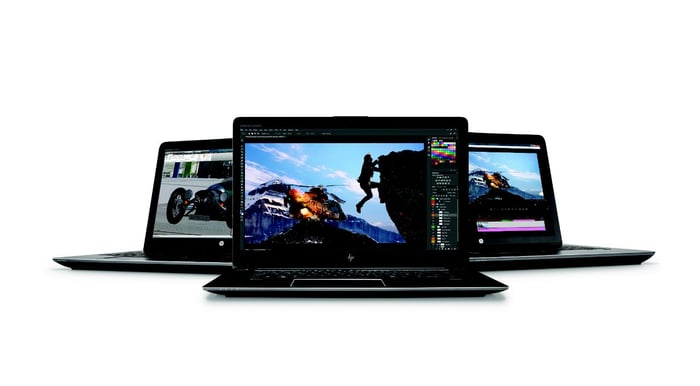 Earlier on the call, Weisler said that the company's goal with respect to its personal systems business is "profitable growth."

Although it might seem a bit strange that HP's CEO says that the company aims to deliver "profitable growth" while at the same time saying that share gain is "not an objective of our business," it makes sense. Gaining market share in itself isn't necessarily difficult -- it can be done by pricing aggressively relative to the competition. Such a strategy, however, isn't necessarily going to maximize HP's business performance and, by extension, shareholder value.

Instead, as the company outlined at its analyst day late last year, it's trying to gain share in "higher margin segments" like premium consumer PCs as well as gaming PCs.

Checking up on the 3D printing story

HP is trying to become a major player in the 3D printing market, and management seems downright enthusiastic about the opportunity.

"We are still in the very early stages of this business, but remain excited and optimistic with our ability to disrupt the $12 trillion global manufacturing market," Weisler said on the company's most recent earnings call.

There were a couple of interesting items from the call that investors interested in HP's 3D printing business should probably pay attention to.

First, Weisler said that HP "drove installations with industrial-grade customers, including the new 3D printing center in China, the world's largest manufacturing market." He then said that the company is "encouraged by the increasingly wide array of final part applications across sectors, including the industrial, consumer, auto, and healthcare markets."

The executive also said that HP "expanded [its] strategic partnership with Siemens, providing design software support for our full-color platform."

HP described its full-color platform as "the industry's first 3D printing technology to enable manufacturers to produce engineering-grade, functional parts in full color, black or white -- with voxel control -- in a fraction of the time of other solutions."

Another interesting 3D printing-related item from the call was that the head of HP's 3D printing business, Stephen Nigro, "has made the decision to retire in early 2019." He'll be replaced by Christoph Schell, whose current title is "president of the Americas region."

Last quarter, HP bought back $696 million worth of stock and paid $223 million in dividends, adding up to $919 million in capital returns for the quarter.

"For the full year, it is now more likely that we will deliver [capital] returns above the high-end of our FY 2018 outlook of 50% to 75% of free cash flow," HP CFO Steve Fieler said.

During the call, analyst Toni Sacconaghi observed that when HP Inc and Hewlett-Packard Enterprise (HPE -4.57%) were split into their respective entities, HP Inc's capital return strategy "was more balanced between dividends and buybacks."

Sacconaghi then asked, "Is there an incremental bias to buybacks, and should we expect this kind of ratio on a go-forward basis?"

Fieler told Sacconaghi that the company's capital allocation strategy is "working" and that it has been "active in buying back shares" because the company "saw an attractive opportunity to do so, and so we took advantage of it."

"As it related to the dividend[s] themselves, our Board does consider dividend policy periodically," Fieler said. "If we have any update or changes, we'll certainly communicate that to you."