Netflix (NASDAQ:NFLX) made history in July when it ended HBO's 17-year streak of Emmy nomination dominance. The streamer scored 112 nominations for its original programming, edging out HBO's 108 nominations, and will convert at least some of those into Emmy wins on Sept. 17. Netflix won 20 Emmy Awards last year on 91 nominations.

Not as impressive as it appears

That sounds impressive, but context is important. Netflix's strategy over the past few years has been to hurl mountains of cash into programming, taking on billions in high-interest debt to fund its ambitions. HBO, now owned by AT&T, has taken a more conservative approach, spending far less on its own content. HBO programming chief Casey Bloys even likened Netflix's spending binge to "irrational exuberance" in an interview with The Hollywood Reporter earlier this year. 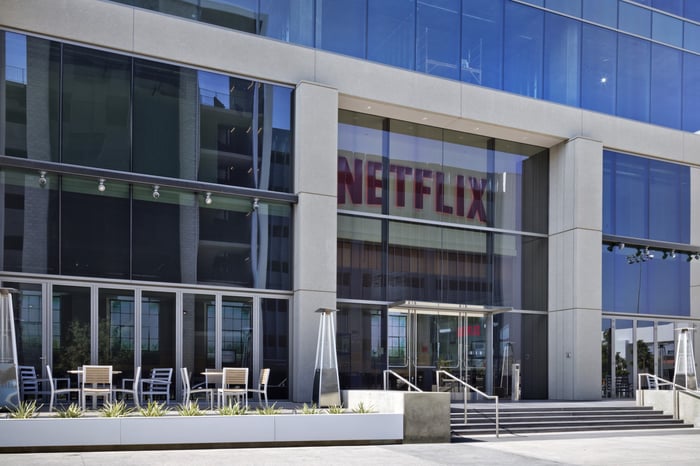 Netflix may have secured more Emmy nominations, signaling that the company is making plenty of high-quality content, but it paid far more for each one than HBO did.

How much more? Netflix spent around $6 billion on content in 2017 and plans to spend roughly $8 billion this year. That number doesn't represent the amount of cash that's going out the door, but instead is an accounting figure. Netflix's trailing-12-month cash content spending is much higher, reaching $9.5 billion in April, according to Bloomberg.

Each of Netflix's 112 Emmy nominations cost the company, in terms of content spending, between $54 million and $85 million, depending on which number you use. Some of Netflix's content spending goes toward licensing content, and some goes toward original content that has no chance of being nominated, so these are ballpark figures. But it does provide a rough way to gauge how efficient Netflix is at creating quality content compared to HBO.

It's not very efficient at all, it turns out. HBO spent somewhere around $2.5 billion on content last year, and about half of that total went toward licensing films. Ignoring that fact and using the total, each of HBO's 108 Emmy nominations cost the network just $23 million in terms of content spending. This is a bit of an apples-to-oranges comparison, since different proportions of Netflix's and HBO's content spending goes toward original TV shows. But it gives an idea of how much Netflix is paying for its best content.

Netflix is profitable on an accounting basis, but its heavy cash spending on content has pushed its free cash flow deep into the red. Netflix expects a free cash flow loss as big as $4 billion this year, the result of the company's unquenchable thirst for content.

Netflix's content spending is unlikely to ebb any time soon, given increasing competition. HBO likely will ramp up its content spending as part of AT&T; Amazon is spending around $5 billion on content annually, and it paid $250 million for the rights to make a The Lord of the Rings TV show, with total costs expected to surpass $1 billion; and Apple is starting to put some serious money into content of its own.

It's going to be hard for Netflix to produce the kinds of margins that media companies are used to if it's chronically overpaying for content, especially given that its content spending is being financed with junk debt. Investors are wholly convinced that the Netflix story will end well: The company is valued at around $160 billion, more than 160 times trailing-12-month earnings.