Please ensure Javascript is enabled for purposes of website accessibility
Free Article Join Over 1 Million Premium Members And Get More In-Depth Stock Guidance and Research
By Keith Speights - Sep 2, 2018 at 9:01AM

It's the biggest marijuana-focused biotech on the market. But will GW deliver for investors over the long run?

GW Pharmaceuticals PLC ( GWPH ) made history in June when it won FDA approval for Epidiolex in treating Dravet syndrome and Lennox-Gastaut syndrome (LGS). No other drug made from the marijuana plant has ever won FDA approval. The three cannabinoid drugs that have secured U.S. regulatory approval in the past are all made synthetically.

Epidiolex hasn't made it to market yet. GW is waiting on scheduling by the U.S. Drug Enforcement Administration (DEA). The biotech expects to launch Epidiolex sometime in September. Should investors seriously consider buying the stock now? There are several factors to consider first. 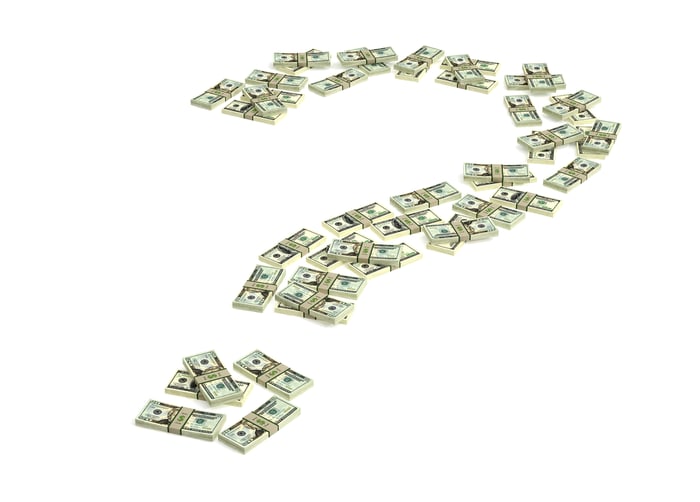 GW Pharmaceuticals' market cap currently stands at close to $4.2 billion. Investors are clearly counting on Epidiolex to deliver because the company has only generated revenue of $17 million over the last 12 months. But predicting how high sales for the drug can go isn't easy.

Peak sales estimates for Epidiolex are all over the map. Goldman Sachs analyst Salveen Richter thinks the drug will make $2.2 billion by 2025. If she's right, GW stock is a bargain right now.

Market research firm EvaluatePharma projects that Epidiolex will generate sales of around $1 billion by 2022. That would mean GW could have a blockbuster on its hands. I think this scenario would give the biotech stock more room to run from where it trades now.

Then there's the pessimistic view. My colleague, Fool contributor Cory Renauer, for example, thinks that Epidiolex will be lucky to even reach $300 million in annual sales. Cory's view is that patients will opt to go with cannabidiol (CBD) products that are readily available throughout much of the U.S. He also doesn't think that insurers will want to pay the hefty $32,500-per-year price tag for Epidiolex.

Why is there such a wide range of predictions? No one knows for sure whether or not payers will balk at Epidiolex's price. No one knows how competition from CBD oils will impact Epidiolex's sales. It's still uncertain how much the drug will be used for off-label indications other than Dravet syndrome and LGS. There are also questions about how much Zogenix's ZX008, which looked very good in phase 3 testing for the treatment of Dravet syndrome, could impact Epidiolex, assuming Zogenix wins approval for its drug.

Let me say out of the gate that I don't think Epidiolex will reach sales of more than $2 billion like Goldman Sachs projects. I agree with Cory that insurers will balk at covering the drug for off-label use. The markets for Dravet syndrome and LGS simply won't be enough to get to the $2 billion sales level.

However, I'm not nearly as pessimistic as Cory is. I do expect that insurers and pharmacy benefits managers (PBMs) will pay for Epidiolex for its approved indications. GW Pharmaceuticals' team has been talking to major payers for a while now. Julian Gangolli, president of GW's North American operations, said earlier this year that he thinks that payers "understand the value" of Epidiolex. I suspect he's right.

Remember, Banzel, a currently approved treatment for LGS, costs around $32,000 per year -- and insurers cover it. I don't think the price tag for Epidiolex will throw payers for a loop. I also don't see insurers refusing to cover an FDA-approved drug because patients can get the same active ingredient through non-FDA-approved alternatives. Medicare and Medicaid, which cover over half of the patients likely to take Epidiolex, certainly won't walk away from reimbursement for the drug.

But will patients go with other CBD products instead of Epidiolex? My take is that they won't if insurers cover the drug. I expect that the co-pays for Epidiolex will be much more affordable than buying other CBD oils.

I also think that GW Pharmaceuticals will win regulatory approval in Europe early next year. The biotech is already building up its sales infrastructure in Europe in anticipation of approval. While GW won't be able to command a premium price for Epidiolex overseas, Europe represents a significant opportunity.

Putting all this together, my best guess is that Epidiolex could get close to the $1 billion peak sales level within a few years. I think that GW's first-mover advantage over Zogenix should help as patients who respond well to Epidiolex opt to stay with what works rather than try a different therapy.

In my opinion, GW Pharmaceuticals stock remains an OK stock to buy. A strong commercial launch for Epidiolex in the U.S. and a thumbs-up in Europe could serve as nice catalysts. GW also has other pipeline candidates in phase 2 clinical studies that could add even more value down the road.

I'm not overly bullish on GW Pharmaceuticals, though. Solid sales for Epidiolex are already largely baked into the biotech's share price. GW still faces risks that the drug won't perform as well as expected. While I think GW Pharmaceuticals is a buy, I also believe that there are several stocks on the market that are even better picks right now.