The company's turnaround strategy is in progress, but it's not quite as hoped.

According to data from S&P Global Market Intelligence, shares of Pitney Bowes (PBI -1.48%) fell 16.8% in August. The catalyst for the move was almost certainly the second-quarter earnings results released at the start of the month.

In a nutshell, Pitney Bowes is in the throes of a transformational strategy intended to move away from its traditional business of mail metering and production mailing toward e-commerce shipping solutions. Unfortunately, the results failed to convince investors that the turnaround strategy is progressing fully in line with expectations. 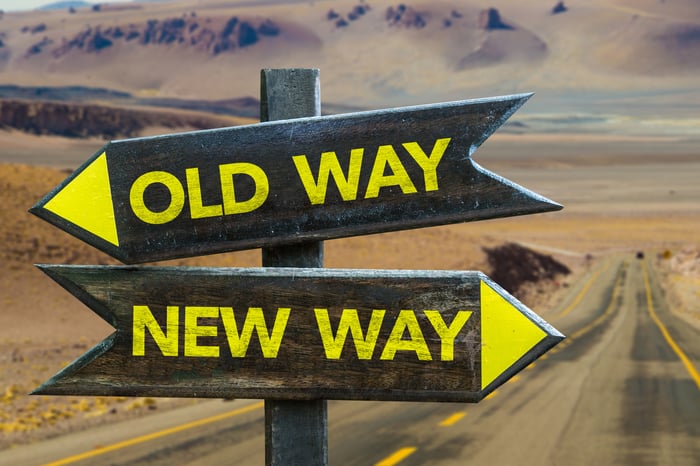 To be fair, Pitney Bowes clearly made some progress on its plans in the second quarter. For example, on the earnings conference call, CEO Marc Lautenbach lauded the fact that "it's very important milestone to have EBITDA growth in our Ecommerce business outpace the EBITDA decline in our SMB business. We've made good progress, but we also know there is more to do."

Earnings before interest, tax, depreciation, and amortization, or EBITDA, is a key measure used to monitor earnings progress. Indeed, a quick look at the numbers from the second quarter confirms what Lautenbach is arguing.

As you can see above, global e-commerce EBITDA did grow by more than the decline in the SMB business, and overall segment EBITDA rose by 4%. However, e-commerce still represents a relatively small part of the company's earnings.

Moreover, there are concerns that the company isn't growing EBITDA margin as much as it might do in order to meet management's targets. For example,  on the earnings call, Kartik Mehta, an analyst at Northcoast Research Partners, noted that due to investments made by the company, global e-commerce "EBITDA margins are a little bit subdued."

Lautenbach's response was to acknowledge that current EBITDA margins for commerce services (comprising global e-commerce and presort services) and global e-commerce alone are "less than the ultimate model" of a range of 10%-15%, but he went on to argue that getting there was "driven by scale." In other words, margin expansion will follow revenue growth.

For reference, global e-commerce EBITDA margin was 4% in the second quarter with commerce services margin at 7.9% -- both figures are significantly below the long-term target of 10%-15%.

In a word, growth. Lautenbach has signaled that Pitney Bowes needs revenue growth in its global e-commerce businesses and investors should focus on this aspect of future performance.

Global e-commerce revenue growth of 153% in the quarter to $239 million was flattened by the impact of an acquisition. However, according to the earnings release, the segment continued to generate double-digit revenue growth, driven by strong performance in domestic shipping volumes. Pitney Bowes needs more of the same going forward.