The retailer could upend the meal kit industry with its mix-and-match selection.

The meal kit industry is evolving so rapidly, you might not recognize it soon. Just ask Blue Apron (APRN).

Target (TGT 2.05%) is creating a next-generation line of meal kits that may best meet the needs of time-constrained consumers by offering mix-and-match components under its Archer Farms private label. Blue Apron put easy meal options on the map by delivering ready-to-prepare meals to your door, but subscriptions may not provide enough flexibility for consumers to drive mass adoption.

However, the business model of selling meal kits in grocery stores is proving very popular, and Target is going one step further: It allows shoppers to choose the menu items they want, rather than a predetermined kit with all the ingredients in one box. 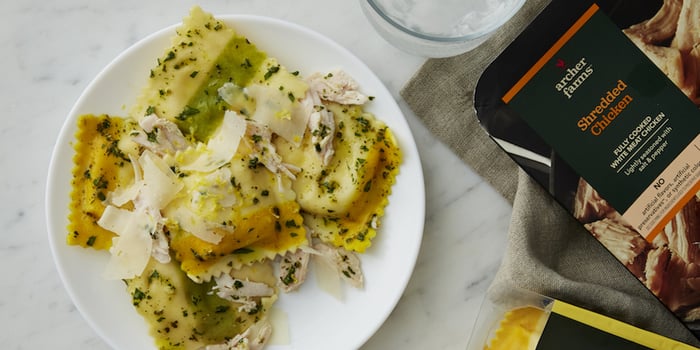 Based on data from Nielsen, in-store sales of supermarket meal kits jumped 26% in 2017 to $154.6 million. Although that's an infinitesimal share of the $1 trillion U.S. grocery market, meal kits are growing three times faster than any other food channel option, including eating at restaurants, buying groceries at a warehouse club, or -- more importantly -- buying groceries online.

While 9% of U.S. consumers have purchased a meal kit, according to Nielsen, another 25% of shoppers would consider trying one within the next six months. This means that even though the industry largely started out with a subscription delivery model, stocking them in a grocery retailer's refrigerator case could drive an explosion in sales.

Almost every national supermarket chain has either acquired a meal kit provider, partnered with one, or launched its own line of meal kits. Walmart, Kroger, Costco, Albertsons, and Whole Foods Market all sell meal kits: either made in-house or from a third-party provider.

The subscription model is dead

The proliferation of in-store kits forced Chef'd to shut down. And it has nearly crushed Blue Apron. While Blue Apron has not completely abandoned its subscription model, it is also partnering with Costco to have its meal kits appear in the latter's stores and is planning an on-demand service that offers same-day delivery without a subscription.

While the on-demand model is another novel -- and smart -- way to get meal kits into kitchens, it will still be hard to beat the supermarket variety, since most consumers still shop at supermarkets regularly.

The mix-and-match option that Target has developed, which will feature 100 items to choose from, is the next level of innovation in the industry.

A different way to make a meal

A Blue Apron meal kit -- and just about all the others offered by competing services and grocery stores -- gives you a box of goodies and a set of instructions. You choose the kind of meal you want from a predetermined list, and everything you need to make it is included.

At Target, you can have Archer Farms grilled fajita chicken strips along with burrata lemon zest herb ravioli and an apple pecan quinoa salad for dinner. Depending on the tastes of your family, not everyone might want chicken fajitas one night. One person might prefer barbecued pulled pork instead, and someone else might want creamed spinach and kale. The point is, you're not locked into someone else's menu; you make your own.

This isn't the first time Target has tried this route. The retailer was somewhat ahead of its time when in 2014 it offered Archer Farms Mix & Match Meals, which had some 500 menu combinations.

While Target has discontinued that line -- suggesting it was not successful -- this time around the company had more data available to optimize its meal kit program, and there is greater desire by consumers to try them out. With Target's latest meal kit offering featuring individual portions priced from $2.99 to $8.99, they're also a good value.

While Blue Apron continues to founder as it tries to hit on the right combination of services, Target might very well have discovered the future of meal kit presentation.