After reporting data from a phase 1/2 clinical trial, shares of ProQR Therapeutics N.V. (PRQR 4.97%), a clinical-stage biotech focused on RNA medicines that treat rare genetic diseases, rose 70% as of 12:13 p.m. EDT on Wednesday.

ProQR reported results from its phase 1/2 trial that is testing its compound called QR-110 as a hopeful treatment for LCA10, which is a genetic mutation that usually leads to childhood blindness. 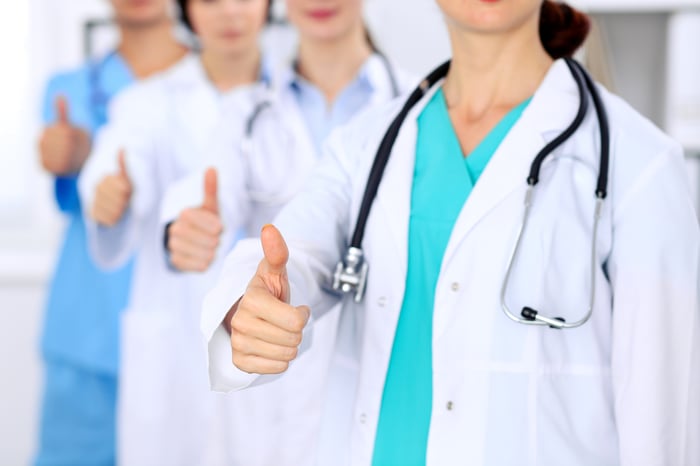 Here are the key takeaways from the study:

We observed a clinically meaningful improvement in vision in the treated eye as measured by both mechanistic and potential registration endpoints. Consistent with predictions based on our patient derived optic-cup models, improvement in visual function was observed as early as two months after treatment and was maximal and stable by three months and thereafter.

Given the news, it isn't hard to figure out why shareholders are having a great day.

Today's update should provide investors with increased confidence that QR-110 might be the real deal. However, it's also important to remember that great phase 1/2 clinical news doesn't always repeat itself in larger late-stage trials. Given the risk, I'm content to root for ProQR's success from the safety of the sidelines.

Why ProQR Therapeutics Is Crashing Today