Shares of The Trade Desk Inc (NASDAQ:TTD) were soaring last month after the digital advertising specialist turned in another blockbuster earnings report. Its results easily beat estimates, and it raised its full-year guidance as the stock surged for the second quarter in a row.

As the chart below shows, the stock jumped on August 10, and it continued moving higher from there. 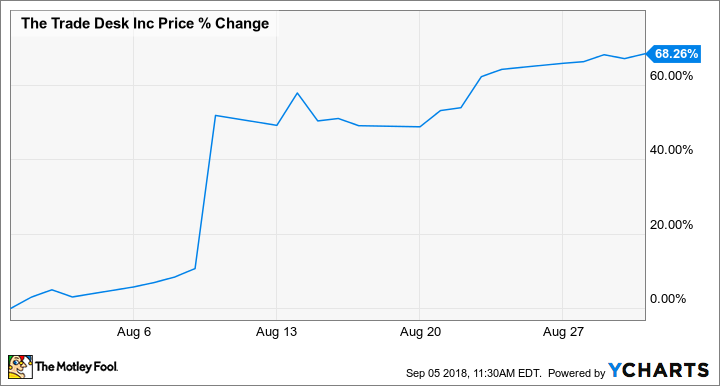 The Trade Desk, which provides digital ad buyers with cloud-based tools to optimize their ad campaigns, saw its stock jump 37.1% on August 10. Revenue surged 54% to $112.3 million, which easily beat estimates of $104 million and the company's own guidance at $103 million. The Trade Desk saw impressive growth across multiple channels, including connected TV, audio, mobile, and video. CEO Jeff Green said, "There is strong momentum to diversify the way advertisers spend on digital." 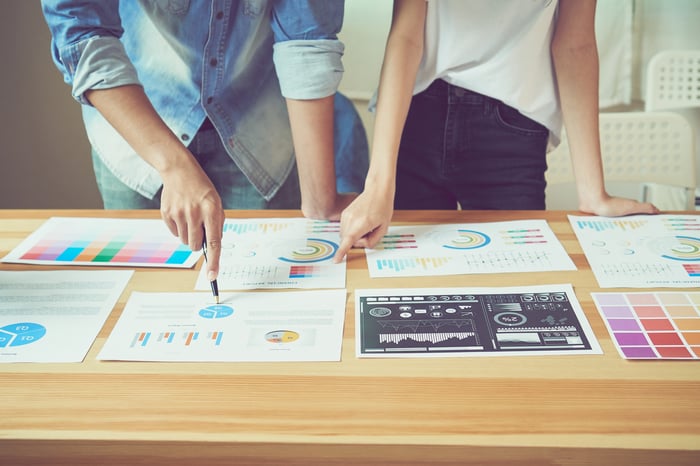 Customer retention remained above 95% for the 18th quarter in a row, a sign that its service continues to resonate with its customers.

Operating income increased 33% in the quarter to $26.2 million, showing the profitability of the model with an operating margin of 20%. Operating profits grew more slowly than revenue in the quarter as the company spent aggressively on platform operations, technology, and general and administrative costs.

Green said momentum was building for the company, saying, "We continued to see marketers spend disproportionately more with The Trade Desk as they look beyond the few search and social sites that historically captured the most advertising dollars."

The Trade Desk also raised its guidance for the year, calling for revenue of at least $456 million for the full year, up from a previous forecast of $433 million, and adjusted EBITDA of at least $140 million, up from $133 million. For the current quarter, The Trade Desk expects revenue of $116 million, better than the $109 million that analysts had projected, and adjusted EBITDA of $33 million.

There's no question that the digital ad market is booming as properties like Google and Facebook have proven highly valuable for advertisers, especially in an age where traditional ad channels like TV and print have declined. As the leader in this niche category, The Trade Desk should have a long tail of growth ahead of it.