Shares of book retailer Barnes & Noble (NYSE:BKS) have surged today, up by 11% as of 12:37 p.m. EDT, after a prominent institutional investor disclosed a higher stake. Richard Schottenfeld's Schottenfeld Opportunities Fund is pushing for a sale of the company.

In a fresh regulatory filing, the Schottenfeld Opportunities Fund disclosed that it had increased its stake in Barnes & Noble to 6.9%, up from the 5.7% stake it reported in July. Schottenfeld now holds just over 5 million shares, worth approximately $25 million at current prices. In the filing, Schottenfeld argues that shares are "substantially undervalued and represent an attractive investment opportunity." The investor is also hoping that Barnes & Noble can be acquired. 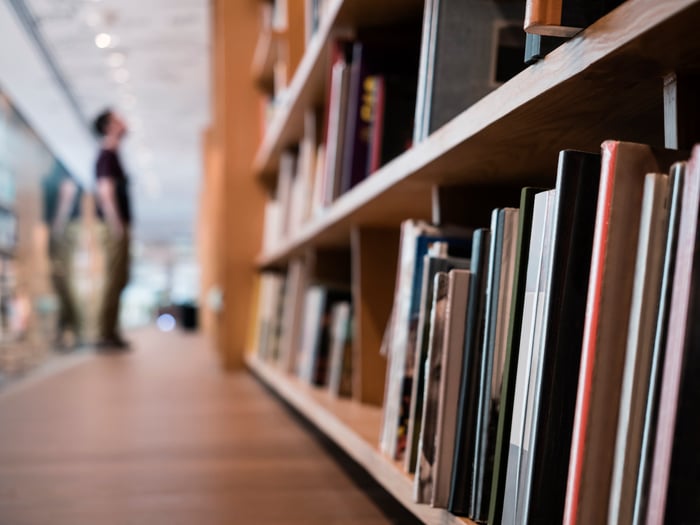 Schottenfeld is in discussions with the bookseller's founder and chairman Leonard Riggio, addressing numerous topics including "changes in Company leadership at the executive and board level, implementation of operational improvements, and the desirability of selling the Company." Schottenfeld argues that Barnes & Noble is an "attractive acquisition target," noting that its enterprise value currently trades at just 2.5 times fiscal 2019 EBITDA guidance. The fund calls it a "truly unusual bargain in the retail sector."

Even without a sale, Barnes and Noble can improve operations with an increased focus on toys and games ahead of the busy holiday shopping season in the wake of Toys R Us shutting down, shifting away from physical media sales and toward "higher margin, higher sales-per-square-foot product categories," according to the filing.