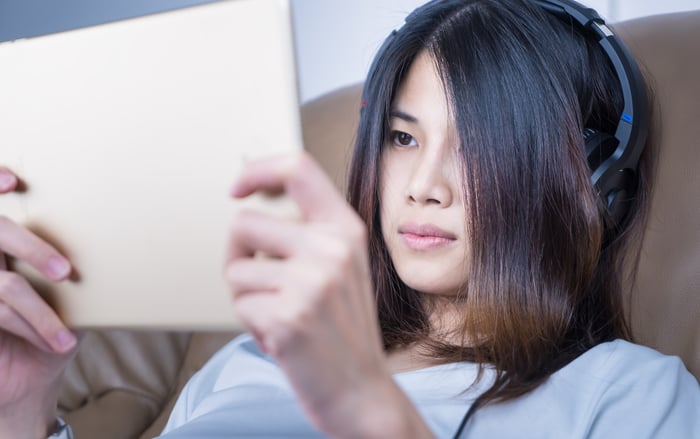 As the chart below shows, the earnings report, which came out later in the month, helped the always-volatile Momo overcome a slow start in August. 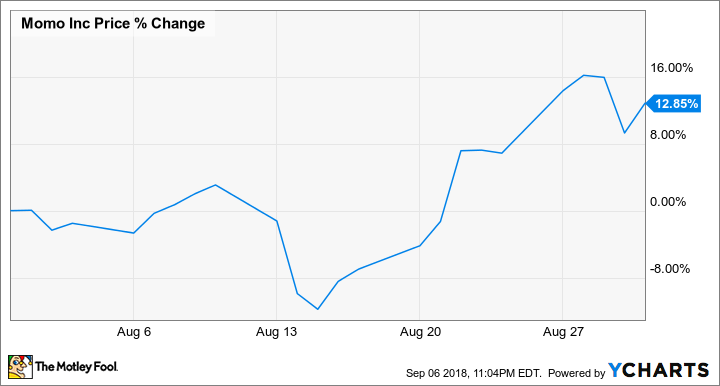 Momo, which is sometimes called the "Tinder of China" due to its recent acquisition of the dating app TanTan, dipped in the middle of the month, falling 9% on Aug. 14 as rival YY offered weak guidance in its quarterly report.

Momo stock has been especially volatile, gaining 79% the first half of this year after falling 44% in the second half of 2017, so the sell-off wasn't too surprising.

After recovering most of those losses, the stock surged 9% on Aug. 22 after delivering its own impressive earnings report. Revenue jumped 58% in the quarter to $494.3 million and adjusted earnings per American Depositary Share nearly doubled from $0.35 to $0.66. Both figures beat analyst estimates of $480 million in revenue and $0.61 per ADS. Monthly active users on Momo were up from 91.3 million to 108 million, an increase of 18%. In addition to the added users, Momo is driving revenue growth through live video and value-added services like premium subscriptions.

CEO Yan Tang explained, "Our live streaming business continued to grow robustly. In addition, value-added service revenues for the Momo app more than doubled from a year ago, demonstrating Momo's monetization potential as a social platform."

Like its American peer Match Group, Momo is finding a ripe market in online dating, and also trades at a very reasonable valuation, especially for its growth rate, with a P/E ratio of 19. The stock has eased off 5% in the first days of September on a broad sell-off in tech stocks. That could set up a buying opportunity for investors looking to capitalize on this undervalued growth story.