Friday was a down day for the stock market, but losses for most major benchmarks were fairly limited. The Dow Jones Industrial Average fell just under 80 points, and other popular indexes declined by roughly the same percentage amount. The U.S. economy showed strength, with significant job creation during the month of August, but fears about wage price pressures and new tariff disputes held any enthusiasm in check. Moreover, some much-followed stocks had to deal with setbacks that sent their shares lower. Tesla (NASDAQ:TSLA), Korn/Ferry International (NYSE:KFY), and Opko Health (NASDAQ:OPK) were among the worst performers on the day. Here's why they did so poorly.

Shares of Tesla dropped 6% after the electric-car manufacturer came under pressure on two different fronts. On one hand, Tesla's chief accounting officer and head of human resources both said that they were leaving the company for good, with the former making some comments about "the pace within the company" that called into question Tesla's leadership capacity. At the same time, a recent interview of CEO Elon Musk involved the Tesla founder smoking marijuana and drinking during a podcast. The joint news just adds more drama in what has become an increasingly unnerving story for investors who'd prefer just to focus on Tesla's business prospects. 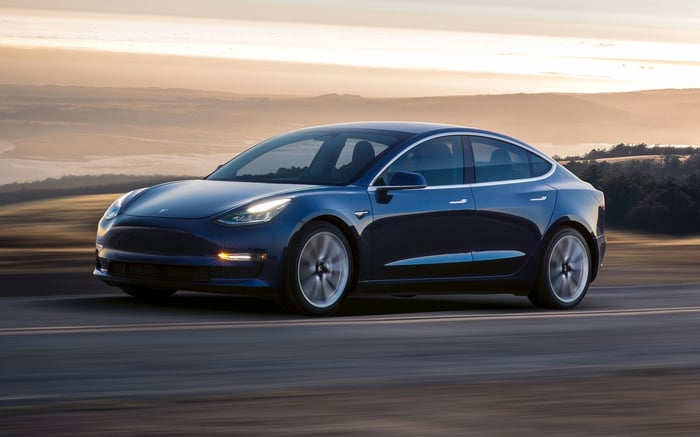 Korn/Ferry International stock plunged 23.5% in the wake of its fiscal first-quarter financial report. The employment staffing company's results seemed solid on their face, including a 16% rise in revenue from year-earlier levels and a pickup of more than 40% in adjusted earnings per share. Yet despite a healthy job market and positive analyst comments, naysayers seemed to focus on equivocal comments from CEO Gary Burnison that acknowledged both strengths and weaknesses for Korn/Ferry's business. If wage inflation trends start to move higher, then it's possible that companies could try to pull back on their labor needs, but it seems premature to draw that conclusion in the current job environment.

Finally, shares of Opko Health finished the day down 18%. The stock's last trade occurred at around 2:30 p.m. EDT, with the Nasdaq Stock Market halting trading in the healthcare company. Opko was included in a lawsuit by the Securities and Exchange Commission that alleged that a group of fraudulent investors and companies manipulated the prices of three publicly traded stocks in what it called a "pump-and-dump scheme." Nasdaq issued the halt to get more information from Opko about the matter. Despite strong past performance for Opko recently, the company will need to put these allegations to rest before investors can be completely confident in its future.