Please ensure Javascript is enabled for purposes of website accessibility
Free Article Join Over 1 Million Premium Members And Get More In-Depth Stock Guidance and Research
By Ashraf Eassa - Sep 9, 2018 at 10:30AM

These companies have low stock prices, but they're far from a bargain.

Many investors like to look for stocks with low share prices, particularly if those prices are much lower than they have been in the recent past. In other words, they're trying to bottom-fish for a good deal.

Sometimes that strategy works, but often the companies that underlie these low-priced stocks are simply bad businesses, which can lead to further -- potentially significant -- losses for shareholders. 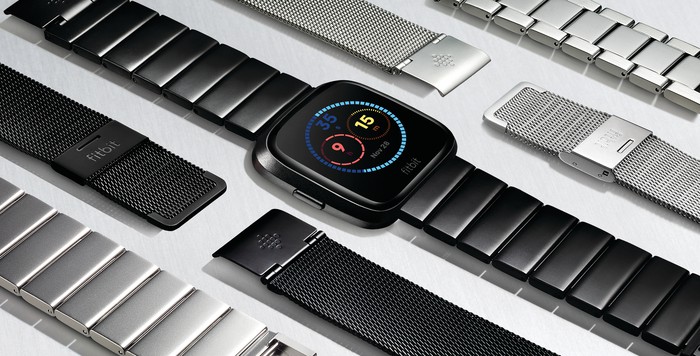 To that end, here are three tech stocks that might be tempting for investors but are ultimately bad businesses that investors should avoid: GoPro ( GPRO -3.70% ), Fitbit ( FIT ), and Snapchat ( SNAP -2.34% ).

GoPro is a no-go

When GoPro first went public back in 2014, the shares surged from around $36 per share to nearly $90 per share before plummeting. The stock has sometimes bounced on its way down, but the trend has been unmistakably downward. 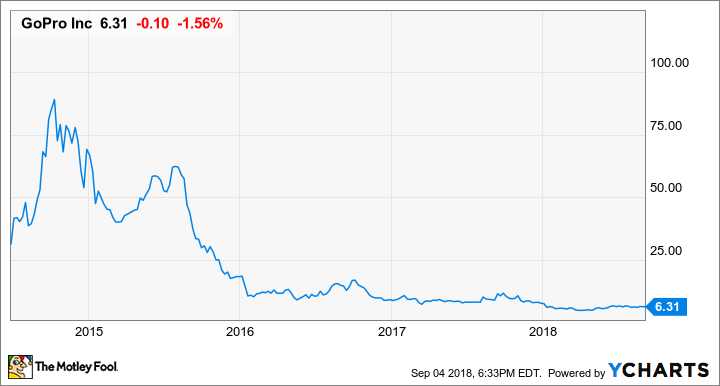 This downward trend reflects the company's poor underlying business fundamentals. On Aug. 2, GoPro announced its second-quarter financial results, and they weren't pretty. Revenue was down 5% from a year ago; its gross margin percentage contracted to 30.8%, down from 36.2% a year earlier; and its operating loss widened.

This isn't a short-term trend, either. GoPro's revenue, margins, and operating income have all been on the decline for quite some time. 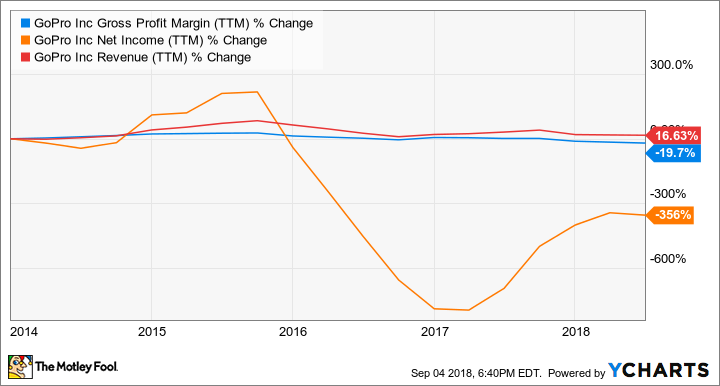 Ultimately, GoPro's business isn't in good shape, and the company's recent financial performance doesn't give a lot of hope that things are getting better. This is a stock that I'd avoid.

Fitbit is unfit for my portfolio

Fitbit, which went public in 2015, saw its share price peak at close to $50 per share, and has been on the decline ever since. As of writing, the shares closed at $5.83 per share.

Fitbit's business has also performed poorly since the company went public. Although the company was profitable and growing when it went public, Fitbit's revenue has been going in the wrong direction and the wearable device specialist is now posting steep losses. 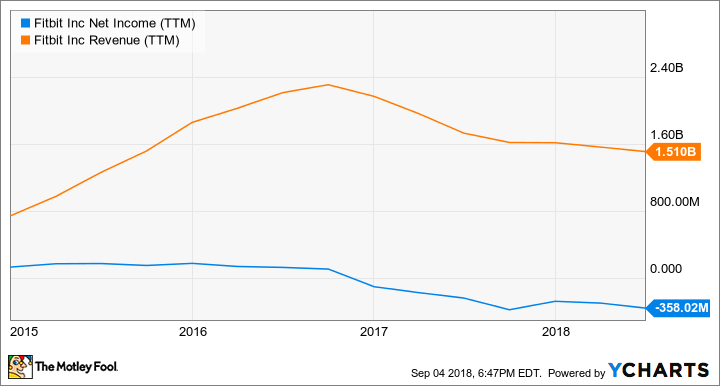 Last quarter, Fitbit reported some ugly results, as sales dropped 15% thanks to a "20% decline in devices sold, partially offset by an average selling price increase of 6% to $106 per device." The company reported negative free cash flow of $83 million.

Looking to the current quarter, management guided to a revenue decline of 3% from the same quarter a year ago as sales of its smartwatches grow and as declines in its tracker revenue moderate. The company also said that it's expecting "free cash flow of approximately negative $30 million in Q3 and net income per share between a $0.02 loss and a $0.01 profit."

That outlook is hardly inspiring.

Ultimately, Fitbit just doesn't seem like a great business or a business with the potential to be great.

Staying away from Snapchat

Snapchat, which has been a poor performer year to date is another stock that I'm staying far away from. 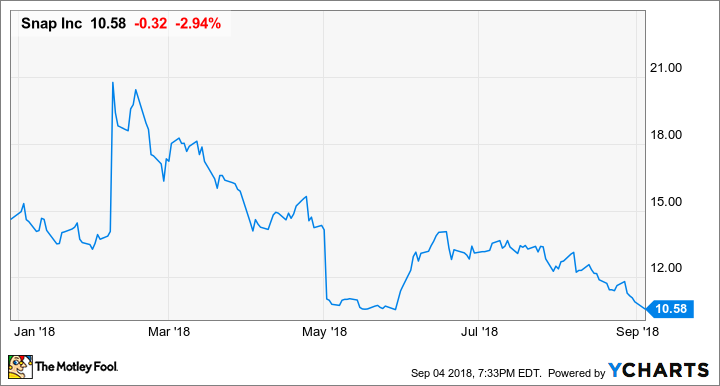 Unlike Fitbit and GoPro, Snapchat isn't a business in decline. Indeed, analysts expect the company to post 40% revenue growth in 2018 and are betting on another 38.2% growth in the following year.

However, there are some troubling issues with Snapchat's business:

To top it all off, as my Foolish colleague pointed out, management seems to have a credibility problem.

There are better social media stocks, let alone other tech stocks, that investors can put their hard-earned money into. I'm steering clear of Snapchat.

Prediction: These Will Be 2 of the Strongest Stocks in 2022

2 High Growth Stocks to Buy Before They Explode