It's been a rough year for Vipshop Holdings (NYSE:VIPS) investors. Shares of the online discounter of brand-name apparel in China are moving lower for the seventh consecutive month. The stock has shed more than two-thirds of its value since peaking in February.

Vipshop kicked off this new trading week by hitting another four-year low on Monday. It's easy to get down on this former market darling (Vipshop stock more than doubled for three straight years through 2014), and the company is now clearly in the doghouse. Let's size up why the market isn't giving the Chinese e-tailer a chance to bounce back in 2018. 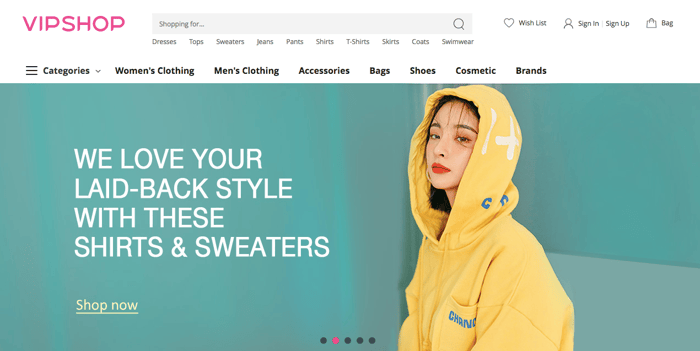 1. The last quarter was dreadful

We're now four weeks removed from Vipshop's problematic second-quarter results, but we may as well start there. Last month's financial update was disappointing. Revenue rose 18% to $3.1 billion, Vipshop's weakest top-line showing as a public company. It would routinely put out conservative guidance that it could exceed with ease, but it actually landed at the lower end of the 17% to 22% in revenue growth that it was targeting for the period three months earlier.

Decelerating revenue growth wasn't the only scary thing in the second-quarter numbers. It got even uglier on the bottom line with adjusted earnings declining 23% for the quarter. Analysts were bracing for a slide in profitability given the cutthroat climate in which sites have to offer aggressive promotions to woo shoppers, but even they were holding out for a slightly larger profit.

One of the more worrisome trends at Vipshop is that the once fast-growing shopper base is also decelerating. There were 29.8 million active customers on Vipshop's rolls, but that's just 6% higher than where we were a year earlier. This isn't a fluke. Its active customer count over the four quarters ending in March rose a mere 2%.

Vipshop is making up for the slowdown in shopper growth by getting active customers to place more orders. Engagement matters, but if we tie that to the sharp drop in earnings where adjusted earnings have fallen for five consecutive quarters, we see that it's costing Vipshop a pretty penny just to keep its current clients around.

Vipshop's outlook calls for revenue to increase just 13% to 18% in the current quarter, making the third quarter another period of decelerating growth and a record low for increasing its top line, unless it tops the high end of its range. This was supposed to be a year of market expansion after it struck a partnership deal with two of China's internet titans, but the win-win-win deal hasn't resulted in the kind of exposure and uptick in customers that many bulls originally envisioned.

Vipshop may seem like a bargain today at just 10 times this year's projected earnings and 8.5 times next year's bottom-line target, but those profit targets keep dropping as the niche conditions worsen. Wall Street and investors in general aren't impressed, and it's now up to Vipshop to turn things around by reversing all of these problematic trends.