Shares of Rigel Pharmaceuticals (NASDAQ:RIGL) jumped 20.9% in August, according to data provided by S&P Global Market Intelligence as investors in the biotech become more comfortable with the potential of Tavalisse, Rigel's recently approved drug for chronic immune thrombocytopenia, which is characterized by low blood platelet levels.

The company only recorded sales of $1.8 million for Tavalisse in the second quarter, but the launch took place on May 29, so the quarterly revenue basically represented a month of sales with a large chunk of the sales held as inventory by distributors. 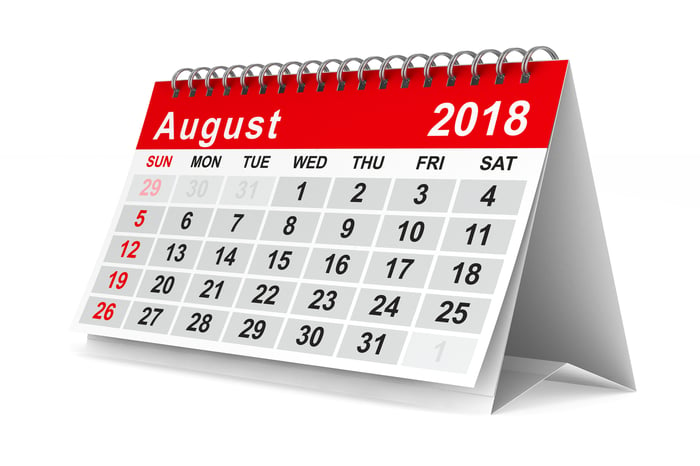 Naturally, Rigel is targeting doctors with the highest number of immune thrombocytopenia patients first and management noted that prescriptions have come from large hospitals and academic centers as well as smaller practices. Unfortunately, the company didn't disclose the number of doctors who have written prescriptions.

On the reimbursement front, Rigel has met with the national and regional insurers and pharmacy benefit managers, and noted that formulary decisions are being made on a normal schedule. In the meantime, Rigel has set up a support center where patients can receive a free trial of the drug if their insurance hasn't made a coverage decision yet.

The next quarterly update will be key for Rigel Pharmaceuticals with a full quarter of sales and no initial inventory build to bolster the quarter.

Longer term, there's potential to get Tavalisse approved in Europe with the company planning on filing a marketing application in the EU before the end of the year. And Rigel is also testing the drug in autoimmune hemolytic anemia, a disease that results in fewer red blood cells, which has shown initial promise. Rigel is in talks with the Food and Drug Administration about the design of a clinical trial to get the drug approved for that indication.