Please ensure Javascript is enabled for purposes of website accessibility
Log In Help Join The Motley Fool
Free Article Join Over 1 Million Premium Members And Get More In-Depth Stock Guidance and Research
By Lee Samaha - Sep 10, 2018 at 6:08AM

Shares of crane manufacturer The Manitowoc Company, Inc. (MTW -2.72%) fell 12.5% in August, according to data provided by S&P Global Market Intelligence. The slide picked up pace after the release of the company's second-quarter earnings report in the first week of August.

It's not really an issue of the headline numbers being bad per se. After all, second-quarter sales increased 26% to $495 million and operating income more than doubled to $24.1 million. Instead, there may have been some underlying issues that disappointed investors. 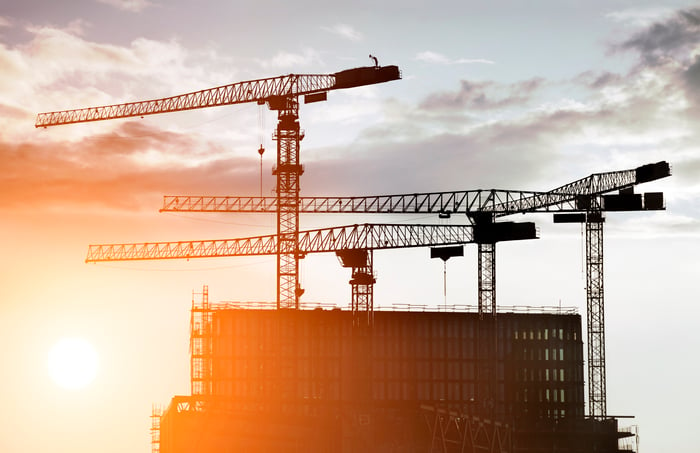 There are four things to consider. First, cost of sales rose by 27% to $405 million as Manitowoc struggled to fight against headwinds from what CEO Barry Pennypacker called "well-documented increased input costs such as tariffs and steel costs." The company took $10 million in incremental costs relating to tariffs and steel cost increases.

Second, in common with construction equipment company Terex Corporation, which has a crane segment, Manitowoc has had to deal with supply chain challenges in 2018, and it's not clear that they will disappear in the near future.

Third, although Pennypacker highlighted "encouraging signs of growth in many of our key geographic markets," the lack of an infrastructure bill means that investors are possibly disappointed by demand trends in the U.S. Indeed, speaking on the earnings call, Pennypacker noted, "While we continue to see modest increase in rental rates in select end markets, we're yet to see a broad-based recovery in rates as competitive challenges persist in the market."

And finally, management narrowed its full-year guidance -- EBITDA is now expected in the $105 million-$115 million range from previous guidance of $100 million-$120 million -- and investors may well have expected more from a company possibly operating in end markets that are reaching late cycle.

Whether it's Manitowoc or Terex, it hasn't been a great year for companies with heavy exposure to construction machinery. A combination of rising raw material costs and fears over potential trade conflicts have created a negative sentiment around the sector.

It's not that earnings haven't improved for all these companies -- Manitowoc generated a pre-tax profit of $2.6 million in the first six months of 2018 compared to a loss of $31.5 million in the same period of 2017 -- but investors could have been forgiven for expecting more given the optimism for a pickup in U.S infrastructural spending.

Focusing on Manitowoc, Pennypacker said on the earnings call that "the crane market has been in a deep trough for quite some time and it's refreshing to see customer demand returning." That's obviously good news but, clearly, investors were expecting more out of 2018.

Hopefully, the supply chain issues in the crane market are starting to abate for Manitowoc and Terex. If raw material input cost increases start to moderate, then it's possible that increased demand will drop into margin expansion. That would be good news for Manitowoc, as would any sign of a lengthening of the construction cycle in the U.S. from an increase in infrastructure spending.

Is Caterpillar Inc. a Buy?