Please ensure Javascript is enabled for purposes of website accessibility
Log In Help Join The Motley Fool
Free Article Join Over 1 Million Premium Members And Get More In-Depth Stock Guidance and Research
By Beth McKenna - Sep 10, 2018 at 7:44AM

Here's what investors should know about the Internet of Things specialist stock's strong performance last month.

Shares of Sierra Wireless (SWIR -2.09%) jumped 16% in August, according to data from S&P Global Market Intelligence.

That's a welcome change for investors in the Internet of Things (IoT) specialist, as its stock has largely been struggling since hitting an all-time high in mid-2015. Shares are down 3.9% in 2018 through Friday, Sept. 7. 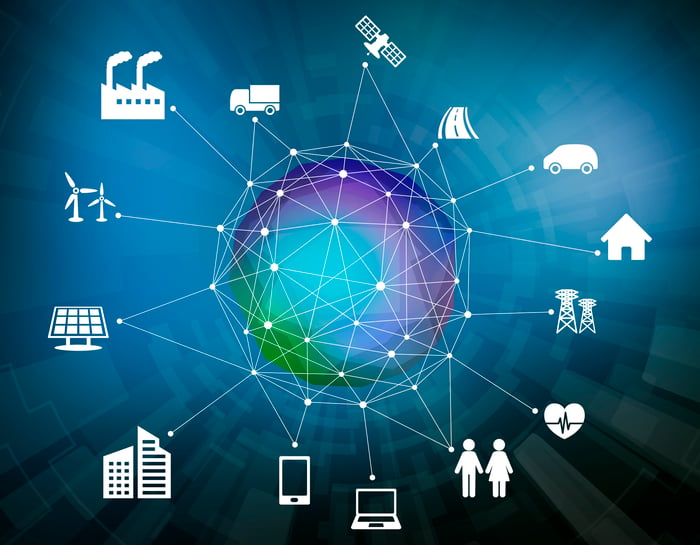 We can largely attribute Sierra Wireless stock's robust August performance to the company's release of better-than-expected second-quarter results, along with better-than-anticipated third-quarter guidance, on Aug. 2. The company's announcement, on the same date, of a sizable share-repurchase authorization likely also helped propel the stock, which closed up a whopping 19.1% on Aug. 3.

The top-line result landed near the high end of the company's guidance range of $195 million to $203 million, while adjusted earnings per share (EPS) beat the company's expectation of $0.17 to $0.25. Moreover, the adjusted bottom-line result of $0.27 crushed the $0.21 that Wall Street was expecting.

Sierra Wireless also announced that it received approval from the Toronto Stock Exchange for a Normal Course Issuer Bid, which will enable it to repurchase up to about 3.58 million of its shares, or 10% of the public float.

A main happening that investors should be aware of is the retirement of former CEO Jason Cohenour effective May 31. Board chairman Kent Thexton has been acting as interim CEO while the company searches for a permanent leader.

For the third quarter, Sierra Wireless guided for revenue in the range of $198 million to $207 million, representing revenue growth of 14% to 20% year over year. The company expects adjusted EPS in the range of $0.22 to $0.30, representing a decline of 4% to an increase of 30%. Both outlooks, at the midpoint, surpassed Wall Street's expectations.

The company hasn't provided full-year 2018 guidance. Wall Street is expecting Sierra's revenue to grow 15.5% and its adjusted EPS to decline 11.4% from 2017. Given the company's recent history of beating the Street's earnings expectations -- it's beaten them in at least the past four consecutive quarters -- Sierra seems to have a good shot at surprising on the upside.

Analysts are forecasting a better earnings picture on the horizon: 35.5% adjusted EPS growth in 2019.