Coca-Cola (NYSE:KO) wants to dominate the nonalcoholic beverage market around the world. That means growing beyond soda, which it has already done, into drink segments where it does not already operate.

The company did that with its recent $5.1 billion deal to acquire Costa Limited, a coffee company that's a major brand in the United Kingdom and in roughly 30 other markets. Now, The Sunday Telegraph reports that Coke is considering a $3.9 billion bid for Horlicks, a malt-based "health drink" currently owned by GlaxoSmithKline (NYSE:GSK).

The beverage brand, which has a 44.1% share of India's malt-based food drink market, according to LiveMint, could also attract offers from other global beverage players, including Nestle and Kraft Heinz. Coke, it should be made clear, has not publicly declared its interest. 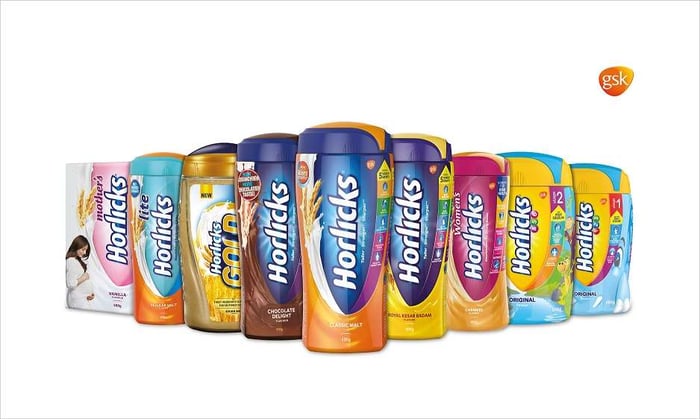 Horlicks is marketed as a healthy way for kids to get nutrition. Image source: GlaxoSmithKline.

What could Coke be doing?

As soda sales have slowed, Coca-Cola has worked to diversify its portfolio. That has included a partnership with energy-drink maker Monster Beverage, expansion into water-based drinks and juices, and the Costa move. Owning the coffee brand will help Coke not only expand into an area where it has been weak (hot beverages), but will also let the company plug the product into its existing channels where appropriate.

Horlicks does not offer as much opportunity as Costa, but it would expand Coke's offerings into a new category, and it has the apparatus to sell it in appropriate markets. This isn't soda, coffee, or really like anything else Coca-Cola already has a major brand in. Horlicks is a ready-to-drink beverage made from wheat, malt, milk, and barley, with a blend of vitamins and minerals "that can be easily digested," according to a GlaxoSmithKline web page.

The drink is marketed as being for children. It's a staple in many Indian households and has been sold for 145 years. There's no direct U.S. comparison for Horlicks, but it's somewhat similar to the Carnation Breakfast Essentials line (albeit with some differing ingredients).

Acquiring the brand, which Coke has made no comment on publicly, would give the company a proven leader in its market. That's something CEO James Quincey was clear about wanting when he discussed the Costa deal.

Quincey said that he sees the beverage world becoming more complicated because "it will be about 'Do we have the right beverage offering to command leadership channel-by-channel?'"

Basically, he believes that you need a portfolio of beverages that lead the way in each market. Having that will allow the company to build an overall brand that's a market leader. Coca-Cola already owns Thums Up, Limca, and Gold Spot, which are well-known brands in India.

Horlicks is primarily sold in India, but Coca-Cola clearly has the ability to market it in other countries. That may or may not include the U.S., where drinks as alternative nutrition have generally been marketed toward older consumers in the form of products like Ensure or the various meal-replacement shakes offered as parts of diets.

This deal would give Coca-Cola a product that has proved it can be a leader in a competitive market. That would strengthen the company's brand in an important market while giving it a beverage line it can grow in other countries.

It's a move that fits the company's global ambitions. In addition, because Horlicks is marketed as a healthy drink, it would give the company another product that expands its reach beyond soda, deepening its brand story.