In the world of REITs, though, it's just the opposite, and that means individual investors who are willing to do a little legwork have a huge opportunity. (If you're just starting out in REITs, read this article first for all the high points.) 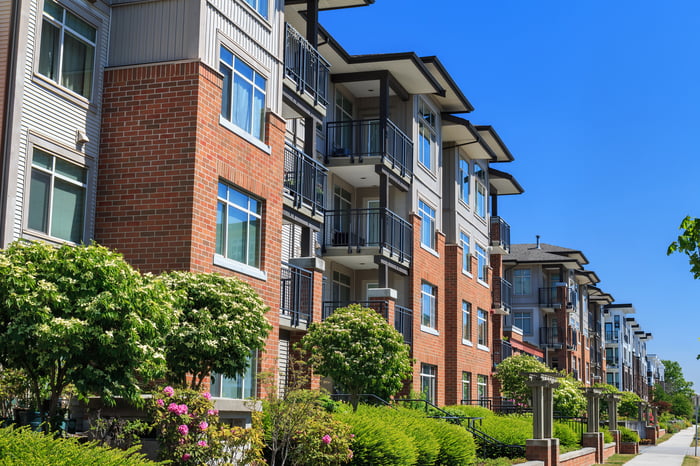 Counterintuitively, investors pay a lower multiple for smaller REITs, exactly those companies that can grow faster because of their size and can pay quickly escalating dividends. Not only is this not a fluke, but it's the normal state of business in the REIT world. And that means investors can take advantage of this inefficiency again and again. This is a REIT loophole that allows you to make big money.

All the details are in a report from investment bank Compass Point. While the report is a few years old, the phenomenon persists because of the criteria most investors use to value REITs. The banker's report shows the persistent undervaluation in the companies that have the best growth prospects.

Then Compass Point hits you with the upshot: "Multiple expansion combined with earnings growth leads to alpha." In other words, the way to outperformance (alpha) is to buy small caps and wait for them to grow so that the market rewards the same assets with a higher multiple. Find a growing small REIT with a solid management team and let them run their game plan. That's the secret.

As noted in the report, small-cap REITs trade at lower valuations despite higher growth, while large REITs "behave more like bonds, exhibit less growth than small caps." Compass Point defines a large REIT as one where the market cap is greater than $10 billion. Those large REITs traded as much as twice the multiple of funds from operations as the smallest REITs, those under a $500 million market cap.

Paradoxically it's the large REITs that trade at high valuations, even though they're more bond-like, and should be more susceptible to swings in interest rates since they're unable to grow cash flow as quickly. As a REIT grows its asset base, the market rewards it with a higher multiple. Despite slower growth, a lower dividend, and lower dividend growth, large REITs are valued higher.

Take a look at four companies in the storage sector, to note the differences.

The trend runs right down the line: the smaller the company, the lower the multiple. Public Storage has long been the top dog in this sub-sector, but smaller rivals are not all that much cheaper. Storage tends to be a hot sector in the REIT world, and so it's not so surprising that these valuations are relatively high, but they're staggered by market cap nonetheless, bearing out Compass Point's conclusion.

How does this loophole continue to exist? Compass Point gestures to a key reason: big institutional money is unable to own small REITs in any kind of volume. Large REITs are the only way they can get into the game and these investors need the stocks' liquidity, so big investors have to pay up for large REITs. Second, investors know the large REITs, but are less familiar with smaller ones. Third, large REITs have a lower cost of capital. Their cost of equity is cheaper (due to the higher multiple) and their cost of debt is less because they're more diversified. Because of this cheaper financing, they can acquire properties at lower cap rates than smaller REITs can. But all the big companies drive acquisition prices higher.

But small REITs have plenty of advantages, too. Perhaps the biggest is that they don't have to compete for the same deals as their larger rivals, driving prices up. Instead, they can source cheaper one-off deals that wouldn't be meaningful for a larger company. Their small size also means that a handful of deals each year can keep cash flow – and the dividend – growing nicely. As they grow, small REITs also become more efficient, lowering their cost of capital and leveraging their fixed expenses. So those are further sources of upside for small REITs.

So when I'm looking for REITs, I hunt for experienced management teams with a great track record. These executives should have industry contacts that allow them to source deals that may not be available to larger players. These are the reasons I like Jernigan Capital (NYSE:JCAP) in the storage space. It's run by industry veteran Dean Jernigan, who spent seven years at the helm of CubeSmart and then ventured out on his own with this small REIT, now just a $379 million market cap. A few deals for Jernigan can really move the needle, while its publicly traded peers – all of which are substantially larger – must acquire dozens of assets each year to move the needle on growth. It also doesn't hurt that Jernigan pays a 7% yield. I'll have a piece soon that explains more about this tiny REIT. In the meantime, here's a rundown on storage REITs.